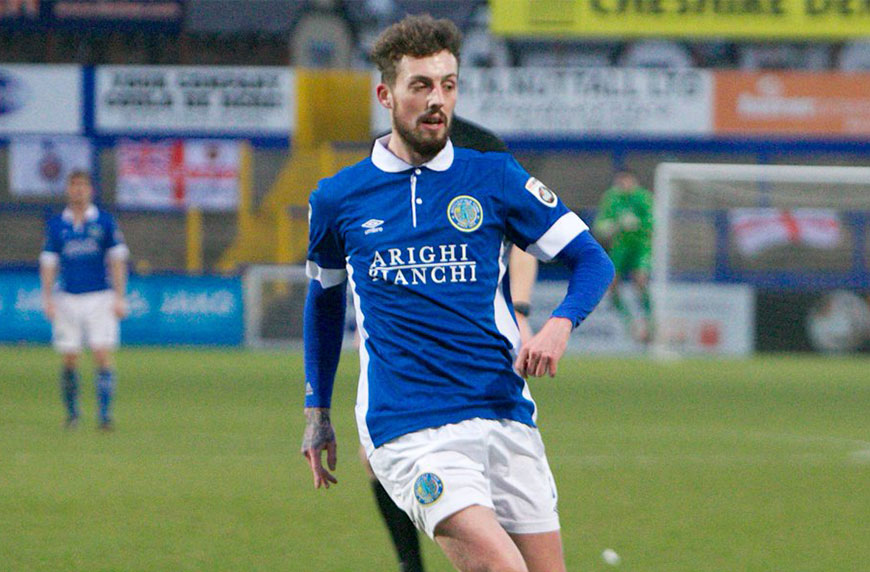 Macclesfield Town have completed the purchase of Wigan Athletic midfielder Danny Whitehead, agreeing a deal until the end of the season after leaving the Latics by mutual consent.

The 23-year-old began his career as an apprentice at Stockport County and was handed a first-team debut as a second-year scholar during a 4-2 defeat to Fleetwood Town in the National League in September 2011.

Whitehead made 17 appearances that season and went on to earn 43 more the following year before attracting the attention of West Ham United, who signed him for an undisclosed fee in June 2013.

However, he only appeared once for the Hammers, playing the full 90 minutes in a 5-0 FA Cup loss to Nottingham Forest in January 2014 before being sent out on a brief loan spell to Accrington Stanley and a season-long stint at Macclesfield.

His performances encouraged Wigan to swoop for Whitehead, although he failed to feature for the Latics and spent the first half of last season at Cheltenham Town before rejoining Macclesfield for another temporary switch.

The Silkmen made a permanent move after Whitehead terminated his contract at the DW Stadium and he was immediately involved for his 52nd outing for the club as a second-half substitute against Maidstone United at the weekend.

“I am delighted to be back. It moved fairly quickly, as soon as I heard there was interest it was an easy decision for me,” he told the club website. “The gaffer has always been welcome for me to come back and it is going to be really important for me to get some game time so I am really looking forward to it.

We are looking really strong at the moment, we just need to keep it going and not fall short at the end of the season. There’s a few new faces and a few familiar faces but that happens.

“I know it is a strong team, they are a close-knit group. It is going to be hard to get back into the team but it’s tough competition and that is how it should be.”