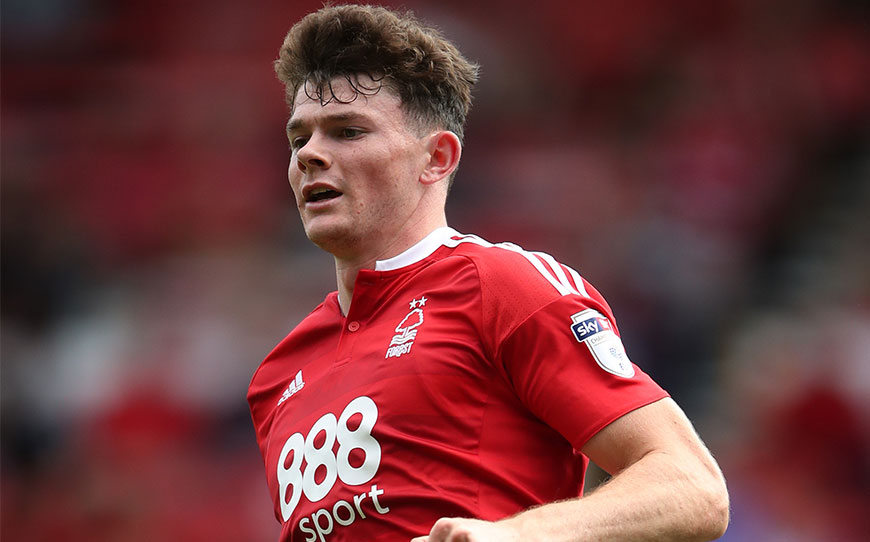 The 19-year-old made just 10 league starts for the Championship side, but has been the subject of transfer speculation, with a number of clubs reportedly interested in the Scotland international before his move to Germany.

Here’s a list of things you need to know about the teenage starlet:

Born in Kirkcaldy but brought up in England, Burke joined Forest’s academy at the age of eight having started his career with Mowbray Rangers.

Having featured prominently in the Under-21 side as a 17-year-old, he signed professional terms at the club in September 2014, before coming off the bench to make his first-team debut under Stuart Pearce in a 3-1 Capital One Cup defeat to Tottenham a few weeks later.

Burke gained his first taste of league action in a 4-4 draw at Blackpool in February 2015 and a one-month loan to Bradford City followed soon after, although he only featured in two defeats for the Bantams.

It took the youngster seven appearances to experience his first senior win, a 2-1 victory over Rotherham in August 2015, but he became a regular off the bench at the turn of the year with fellow Scot Dougie Freedman at the helm and bagged his first goal on his second Championship start in a 1-1 draw with Cardiff in December.

Built with a 6ft 2in frame, he resembles a rugby union player rather than a nimble winger and Forest team-mate Thomas Lam expressed his views on Burke’s similarities to the two-time Champions League winner.

“He is a great talent and potentially a great player,” said the Finland defender.

“He is a similar player to Gareth Bale. I do not want to say he is definitely going to be as good as him, but you can see the similarities there – he does scare the life out of opponents.”

Burke’s former coach Eoin Jess added: “The two things about Oliver which stand out are he’s quick and exciting to watch. When I worked with him he was one of the quickest within the academy level.

“He has grown to become very athletic with a great engine.”

In March this year, international football beckoned for the rising star as Gordon Strachan gave him a call-up to the full Scotland squad, bypassing Under-21 level.

Burke played cameo roles in a 1-0 win against Denmark and a reversal of that scoreline versus Italy and has once again been named in the squad for Scotland’s upcoming World Cup qualifier in Malta.

The teenager is expected to play a key role if Strachan’s side are to challenge for qualification for Russia in 2018.

Start To The Season

Burke has taken the Championship by storm so far this season, adding goals to his game to lead Forest to seventh in the table after bagging four times in five appearances in the league.

His dazzling displays caused a raft of Premier League clubs to scout the player, with Tottenham, Liverpool, Sunderland and Arsenal rumoured to be lining up a move.

But it was Leipzig who came in with a shock bid to prize the starlet away from the City Ground just days after his stoppage-time goal sealed a 3-1 win over Leeds, proving to be his final major contribution in a Forest kit.

The club were founded in 2009 by energy drinks company Red Bull, immediately making their way up the ladder from the fifth tier in Germany.

They made history by becoming the first team to gain promotion from the third division at the first time of asking in 2013/14, before reaching the top flight this year.

“He is exactly the sort of player we were looking for. We are really happy that we have managed to lure such a talented player away from England,” Leipzig Director of Sport Ralf Rangnick said when announcing the transfer.

“He is tall, unbelievably fast. He’s got lots of promise for the future and is a real uncut diamond.”

Burke added: “They wanted me and expressed a real hunger for me to join their team. Ralf Rangnick was a huge part of my decision to choose them over a number of other interested clubs in both the UK and Europe.

“They have a desire to be one of the top clubs in Europe and I am excited to be part of that and start the next chapter in my career.”