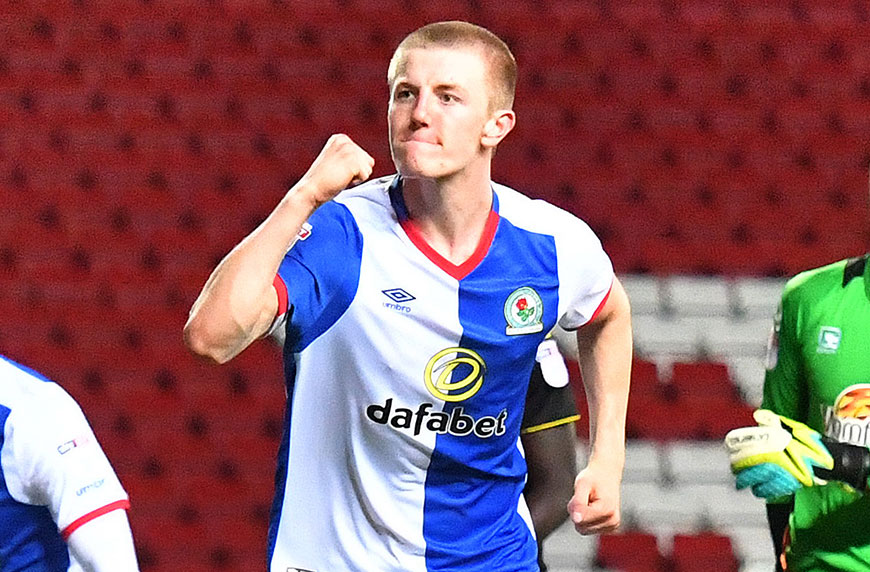 Blackburn Rovers defender Scott Wharton has pledges his long-term future to the club by penning a new three-year contract that commits him to staying at Ewood Park until the summer of 2020.

The 19-year-old signed his first professional contract in October 2015 during the second year of his apprenticeship and captained the Under-18 side during their run to the FA Youth Cup semi-finals in 2016, where they were beaten 4-1 on aggregate by winners Chelsea.

“I’m very pleased,” he told the Rovers website. “It’s a club that I want to be at and I want to play for.

“I’ve been here since I was 12, so it was a pretty straightforward decision for me and I’m looking to become a better player and I think I can do that here.

“I’m a local lad and I support the club as well, so it’s a club that I want to play for.

“Being around the first team squad is really good. I’m learning every day and becoming a better player, so I’m very happy.

“My season hasn’t really started yet, because I’ve had two injuries on the same ankle, which has been frustrating. I just need to get fit now and get back to work.”

Wharton was handed his first-team debut when Blackburn drew 2-2 with Burton Albion in the Championship in August 2016 and netted his first professional goal three days later during a 4-3 EFL Cup win against Crewe Alexandra.

A further two appearances followed before the centre-back was sent out on loan to League Two club Cambridge United, where he featured on nine occasions.

“Scotty Wharton is a young lad who has some fantastic qualities. He’s a winner by nature, he has a nice left foot that can pass the ball into midfield or drop it over the top.

“Like most centre-halves, his body needs to fill out, he needs to get used to the physicality required to play against different types of centre forwards, but I have every confidence and belief that the boy is going to be a really good player for this football club moving forward.

“As time rolls on, I’m pretty sure his physicality and his game knowledge will grow. Whether that is by staying here and getting the odd game for us or playing for the Under-23s, or whether we send him out on loan again at some stage to play more league football, we’ll wait and see, but I’m very confident that he’ll be a fixture in the team over the coming years.”