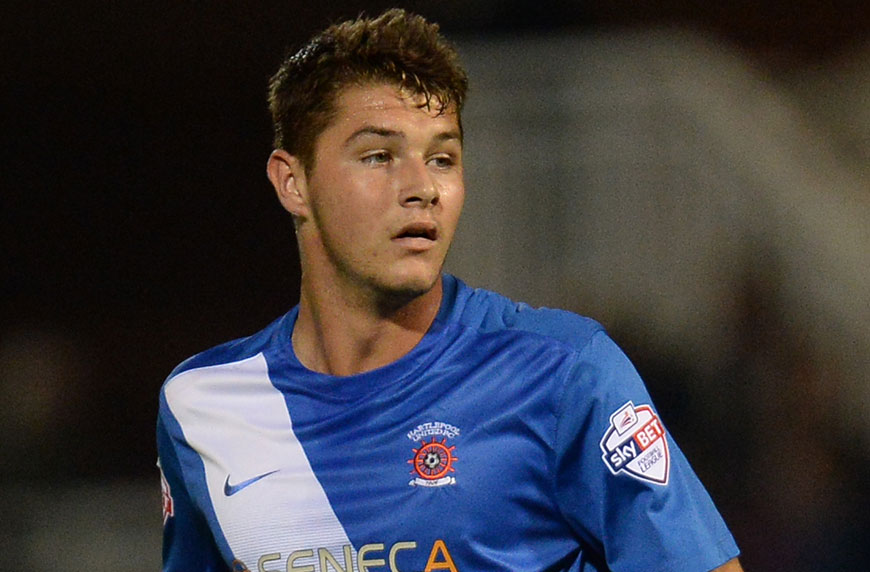 Hartlepool United academy graduate Brad Walker has sealed a transfer to Crewe Alexandra for an undisclosed fee on a two-year deal.

The 21-year-old rejected a new contract at Victoria Park and was therefore available for a compensatory fee, which has now been settled between the two clubs.

Walker was awarded 2014 LFE League Two Apprentice of the Year after featuring in LFE’s ‘The 11’ in December 2013.

The midfielder first appeared in the senior team in August 2013 during a 3-0 League Two defeat to Rochdale and went on to make 42 appearances in all competitions that season.

In total, he racked up 123 for Pools, but following their relegation out of the English Football League, Walker has elected to take his considerable League Two experience to Gresty Road.