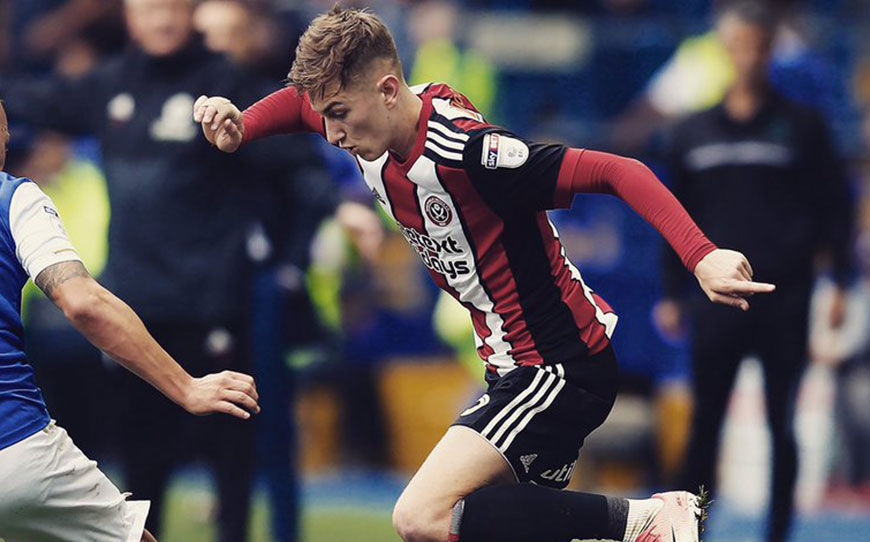 Brooks was a key member of England Under-20’s Toulon Tournament winning side in the summer having initially been selected for Wales and was given the Best Player award having scored in the final against Ivory Coast.

The 20-year-old, who has attracted plenty of admirers during his 10 first-team appearances for the Blades this season, then switched allegiances for Wales’ Under-21 fixtures last month and will commit his future to the nation if he earns an appearance against either Georgia or the Republic of Ireland.

There is also a first senior call-up for Preston North End’s Chris Maxwell, who completed his apprenticeship back in 2009 at Wrexham, while 22-year-old Bristol Rovers academy graduate Tom Lockyer has made the cut for the third time, although he is still awaiting his first cap.

Elsewhere, eight current apprentices are in the mix to feature for the Under-19s for two forthcoming friendlies against Switzerland, including five first-year scholars.

Birmingham City midfielder Ryan Stirk and Cardiff City quartet George Ratcliffe, Adam Sharif, Ryan Reynolds and Sion Spence have all been selected having only just started their apprenticeship in July.

Meanwhile, 10 former apprentices will be involved in the Under-21 team’s European Championship qualifier against Liechtenstein, including a late call-up for Bristol City academy graduate Joe Morrell, who is now in contention for a first cap at that level.

Here is a list of all the apprentices past and present who will appear for the various age groups during the international fixtures: