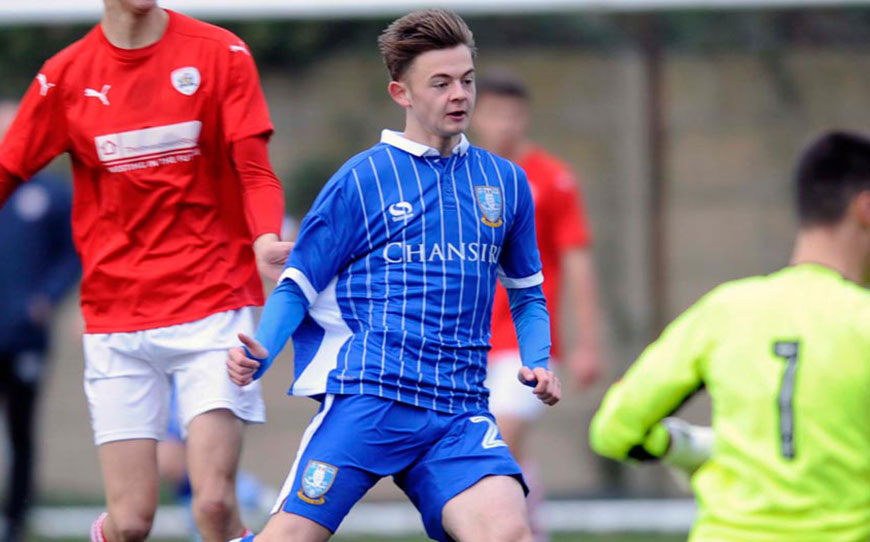 Sheffield Wednesday first-year apprentice Liam Waldock has penned his professional deal, committing his future with the club until summer 2020.

Waldock joined the Owls at the age of eight and progressed to the Under-18s last season, amassing 30 appearances before he had even started his apprenticeship.

He told the club website: “I’ve been here since the age of eight so to sign a professional contract today is a really proud day for me. It’s a dream come true.

“I want to keep improving, I’m very ambitious and want to be successful here and play as high as I can.

“My family are big Wednesdayites too and it’s a proud day for them. Now the hard work starts here. I’ve not achieved anything yet, I need to get my head down and take everything to the next level.”

The midfielder has been promoted further up the ranks by making five appearances for the Under-23s this term and has now signed his contract on the day of his 17th birthday.

“Like all players, my aim is to make it here in the first team,” Waldock added. “But there is a long way to go before then. Hopefully we can have another good season at Under-18 level but this time go one better and win the league.

“I want to get in the 23s, get a regular spot in that team and keep playing. It’s a lot faster in the 23s, if you get the ball, you have to be much quicker, if you don’t, you lose possession and those kind of experiences make you a better player.

“With the 18s, it’s been a good start, we lost our first game of the season on Saturday but we have to keep going and I think with the group of players here, we have the potential to win the league.

“We’ve had a very strong start, we haven’t conceded a lot of goals, we are very strong attack-wise and there have been a lot of positives.”