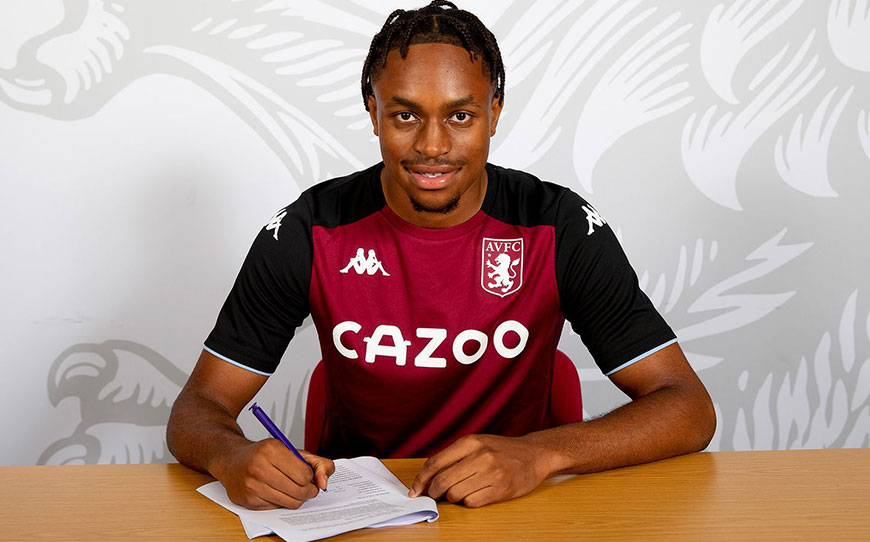 The 19-year-old appeared 22 times in Sky Bet League One for the Cobblers, as well as six more outings in domestic cup competitions, although only four came from the start.

The talented striker scored twice at first-team level during his debut season in the professional ranks, netting against Southampton Under-21s in the Papa John’s Trophy before bagging the winner during a 3-2 league victory over Wigan Athletic.

Villa Academy Manager Mark Harrison told the club’s website: “We are delighted that Caleb has joined us. He has been a player we have been monitoring for a while now and has continued to develop well at Northampton, making a number of appearances last season.

“He is an exciting attacking player with an eye for goal and we feel has a lot of potential. We are really looking forward to working with him. I would like to thank Northampton for the way in which they’ve handled this transfer.”

Meanwhile, Northampton Manager Jon Brady said: “We wish Caleb all the best and given the path he wants to pursue, this deal is very much in the best interests of the club.

“I have worked with Caleb for a number of years, both in the academy and with the first team, so I know all about his game, where he is at the moment, his attributes and the ability he has and supporters will have seen glimpses of that at first team level. He is still a young striker learning the game but I would hope, with the work our coaches have done with him and the help he will now receive at Aston Villa, he is well placed to enjoy a successful career.

“I know how good our academy has become at the club and Caleb is the latest player to either come through to the first-team squad or to attract the attention of other clubs, either through EPPP or outside of the scheme and that is a huge tribute to the work that goes on in our academy and the player pathway we have at the club.”

Chairman Kelvin Thomas added: “With his scholarship finishing in February, we made good contract offers to Caleb, but once there was Premier League interest, his agent informed us that he felt they would like to pursue that option, which we understand too. Caleb’s situation is also quite unique, with his brother recently signing a professional contract with Villa, so there was already a very strong family connection with the club.

“The main positive for the club we take is that it continues to prove there is a pathway from our club from the academy either into our first team like Shaun McWilliams, Scott Pollock and others have shown, or into the Premier League like Caleb, Carney (Chukwuemeka) and Ivan (Toney).

“Everyone knows that developing players is not an overnight project, but it is pleasing to start seeing the investment and work pay off. These increased numbers and Caleb going to the Premier League is especially testament to the hard work and dedication from everyone in the academy at the club and they should also be very proud.”