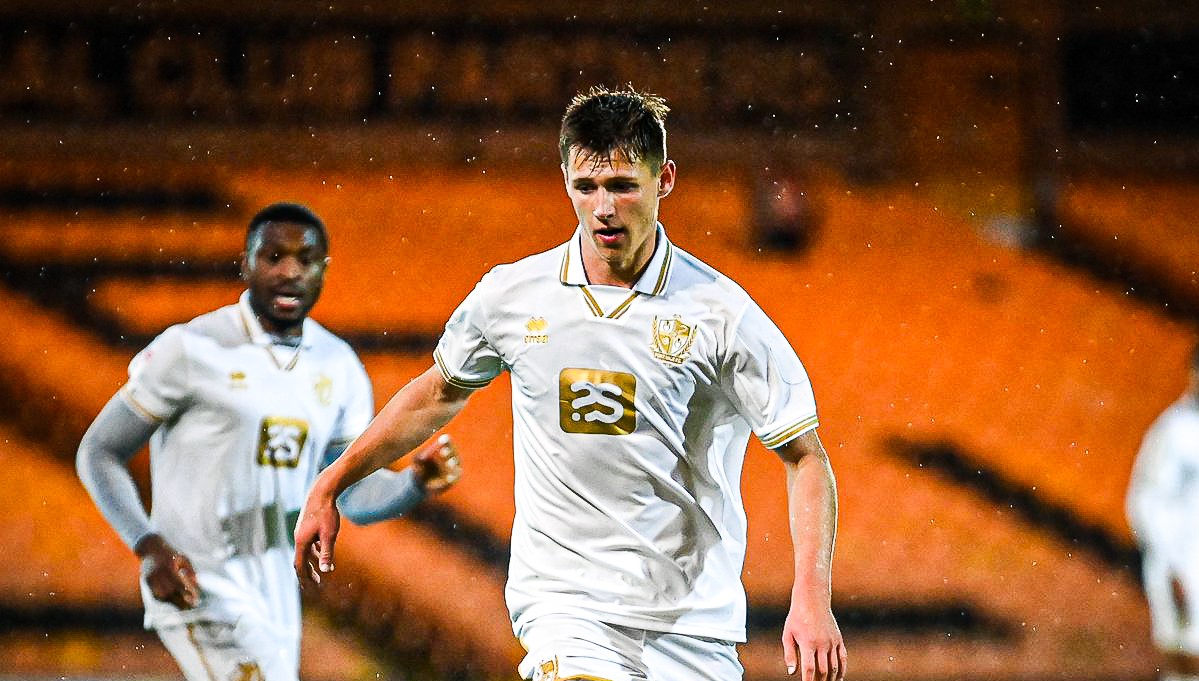 Under 18s manager Billy Paynter has praised Ellis Jones’ progress after he made his first-team debut against Rochdale AFC in the Papa John’s Trophy last month.

Second-year apprentice, Jones, was brought on as a central midfielder at half-time by Darrell Clarke, despite playing the majority of his football at youth level in central defence. Paynter believes that learning both roles will aid Jones’ overall development, telling the Stoke Sentinel: “Ellis can play in midfield or at the back. At the start of the season, I said to him I was going to play him at the back to help him develop with more time on the ball.

“It gives him a bit more responsibility. If he is in a one v one situation with an attacker then it is a duel. Last year, when he was in midfield, if someone went past him, someone else was there to cover behind.

“So, it is giving him more responsibility that he has to take on board.

“His communication is fine, he has got all that and he is a good enough player. I know he can play in midfield and it was great he got his debut there – and he was fantastic by the way. So, he is learning two roles.”

It is not just his adaptability that has caught the eye of the coaching staff, but also his leadership qualities.

“He has a fantastic attitude, is a real leader and that is why I gave him the armband to bring more of that leadership,” Paynter added.