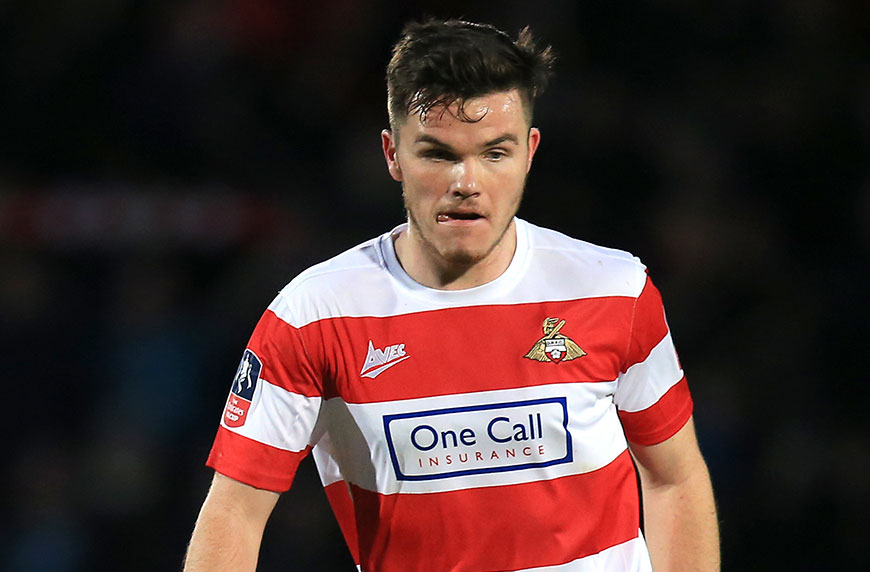 Port Vale have sealed a move for Doncaster Rovers midfielder Harry Middleton, who has penned a one-year deal with the club.

The 22-year-old was a first-year scholar when the Rovers Under-18 team lifted the Youth Alliance Cup after a 4-0 win against Exeter City in 2012 and earned a senior debut that December during an EFL Trophy draw with Crewe Alexandra.

Middleton did not become a regular in the first-team set-up until the 2015/16 campaign when Donny were relegated from League One, although he made a further 30 appearances last season as they bounced back with automatic promotion from England’s fourth tier.

However, having played 79 times for the club, Middleton was placed on the transfer list by manager Darren Ferguson shortly after achieving promotion in May.

Middleton told Vale’s website: “I know how good it feels to get promoted so obviously coming to a team as good as port vale and knowing what the manager wants you definitely set your standards as high as possible.

“I played in League One and League Two, I’ve been up and down the leagues with Doncaster and I’ve had a promotion and relegation, so I’ve experienced the highs and lows with them but it’s been a good journey, but I’m looking forward to a new chapter now.

“It’s really good to get the deal to done, I’m really looking forward to getting started. The Gaffer spoke to my agent and expressed an interest and then from there when I found out about the interest I was excited to come and meet everyone and get involved.

“I like to think I get on the ball and make things happen, I like to get involved and prefer the football side of the game and try and be creative from a bit deeper if I can.”

Middleton immediately slotted into his new club’s starting line-up as he played for 77 minutes during Vale’s 1-0 defeat to Notts County.