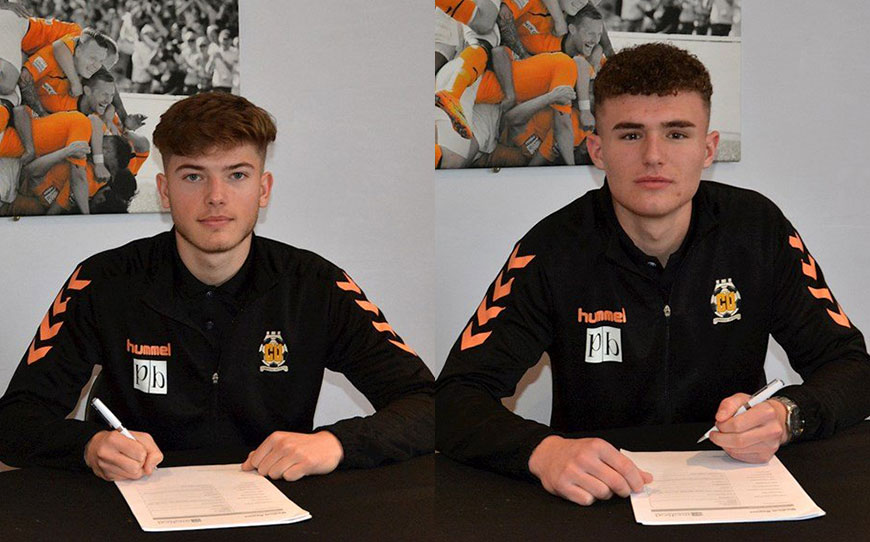 Cambridge United apprentices Lewis Simper and Tom Dickens have both put pen to paper on two-and-a-half-year deals, committing their futures until 2022.

Eighteen-year-old midfielder Simper has been a regular goalscorer for the Under-18s and has featured in LFE’s Goal of the Month competition on two occasions.

Elsewhere, second-year defender Dickens has been an ever-present for the youth team throughout his apprenticeship, and was rewarded for his hard work on and off the pitch with recognition in LFE’s ‘The 11’ back in June 2019.

Cambridge United Academy Manager Tom Pell told the club website: “Firstly, I want to congratulate both Lewis and Tom on what is an excellent start to hopefully two long careers in the professional game.

“I would also like to thank their parents for the endless miles clocked up, taking them to and from training and fixtures over the years, and hope this is reward for their commitment to their son’s development.

“Player’s respective journeys can be very different, but to have two promising youngsters develop all the way through our scheme from such a young age is very satisfying for all the staff that have played a small part in their development.

“Both Lewis and Tom are fully aware of how hard they need to work and what improvements they need to make in order to breakthrough at the next level. Having known them for so long personally, I am extremely proud and also confident in their ability to give their all, on and off the pitch, to get there and feel they will grasp every opportunity with both hands.”

Head of Football Ben Strang added: “As a football staff, we felt it appropriate to acknowledge Lewis and Tom’s progress during their scholarships and secure both on professional contracts at this earlier stage.

“There is a collective belief, given both players’ continued work ethic and professionalism that they can continue to develop into exciting prospects for the Football Club. Both Lewis and Tom are a fantastic reflection and testament to the committed work of our Academy Staff over the years.”