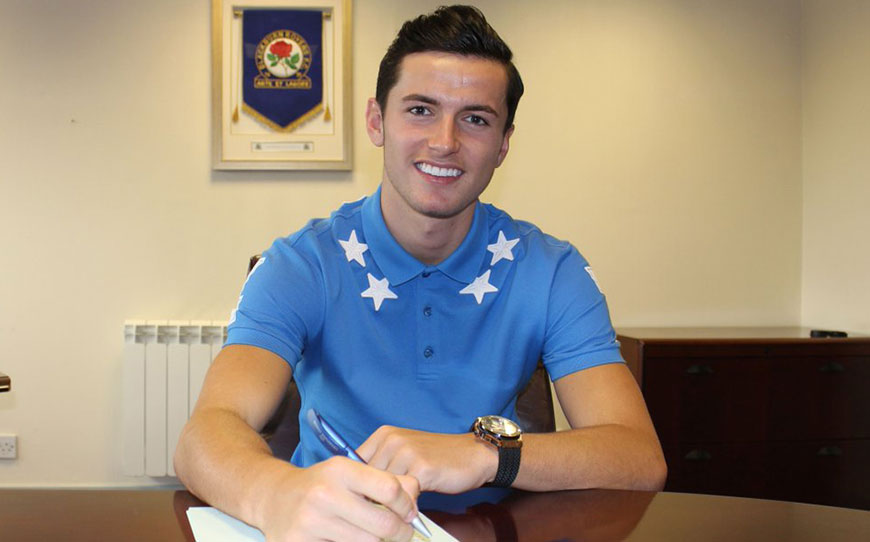 Blackburn Rovers teenager Lewis Travis has signed his second professional contract, extending his stay at Ewood Park for another year.

The 19-year-old made a successful step up to the Rovers development squad this term and although he is yet to feature for the first-team, Travis did make the bench for FA Cup meetings with QPR and Blackpool, plus December’s league draw at Huddersfield.

“I’m delighted,” Travis told the club website. “It’s what I’ve worked for since I was a young boy. I’ve worked hard all season and I’ve now been rewarded with the contract, so I’m very pleased.

“I really enjoyed the experiences of being on the bench and being involved with the first team – it was amazing. All of the lads were great with me, so hopefully next year I can make that next step up and get a couple of appearances under my belt.

“It’s the final step really, to get into the team. It’s also probably the hardest step, to earn a position and cement your place in the team. So I’m going to work hard over pre-season, get myself as fit as possible, try and get some good games in with the first-team and then hopefully when the season starts I’ll be there or thereabouts.”

The versatile youngster is hoping he can join fellow academy graduates Ryan Nyambe, Scott Wharton and Willem Tomlinson in earning a senior bow for the League One club.

He said: “To see the lads go on and make the step up shows that it’s possible and obviously the manager is prepared to give young players a chance, which is good for me.”

Rovers are awaiting a decision from former Accrington Stanley apprentice Connor Mahoney, who made the switch to Ewood Park as a 16-year-old three months after being named in LFE’s ‘The 11’.

Blackburn have offered a renewal of the professional deal he signed in February 2014, but are reportedly in a battle with a handful of other clubs to tie down the winger.