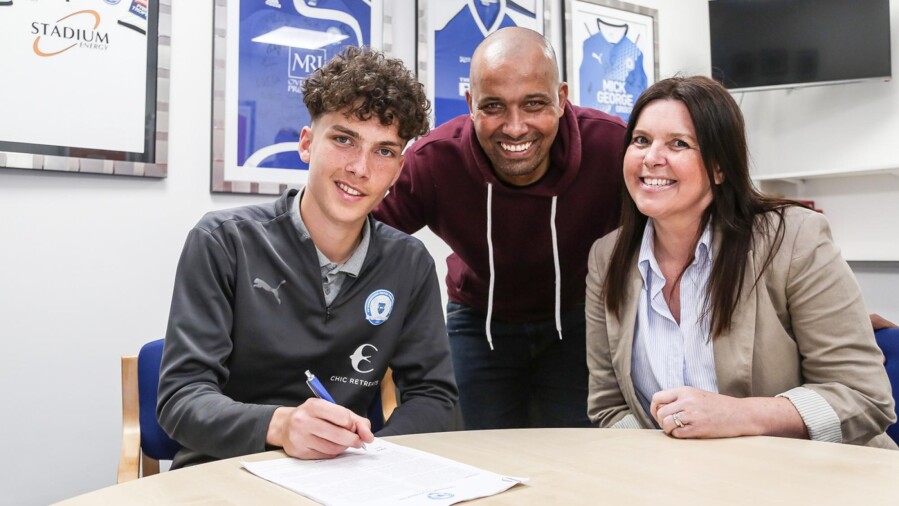 Described as an athletic left-back who can also operate as a wing-back, Tonge joined the Posh Academy at Under-16 level and has impressed for the Under-18s and Matthew Etherington’s Under-23 side this season.

Speaking to the club website, he said: “It has been a long road, but I am really happy to sign the contract. When you are an under 16 player, you are only training a couple of times a week but as soon as you become a scholar you are in every day and that step into a professional environment takes a little time to get used too, even things like being in the gym every day can take time to adjust too.“

He added: “I am really enjoying it though. I think the position that I play in (left-back) is a demanding one because the modern game dictates that you have to attack as well as defend. I like to do both, I feel it suits my game. I have had a bit of experience at under 23s this season and hopefully I can continue to progress and play more at that level next term,”

Academy Manager Kieran Scarff commented: “He is an athletic player, he has a very nice left-foot and the challenge for Oscar now is to put it together on a consistent basis. He has a lot of positive attributes and the next challenge, which you often get with young players, is to string those performances together consistently.

“We know that he has the potential and the attributes and I am sure he will kick on and continue to develop and we are looking forward to see how he progresses.”