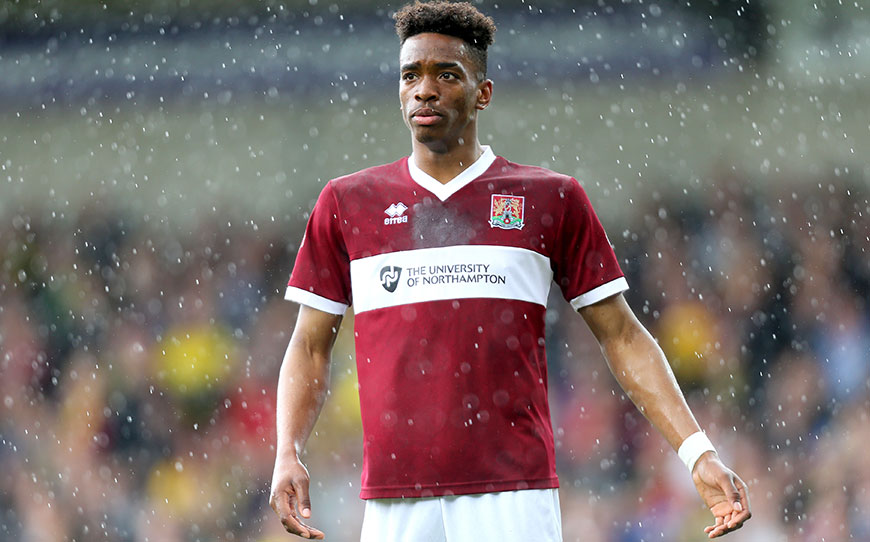 Ivan Toney has conceded that he has struggled with homesickness since moving to Newcastle United from his home-town club Northampton Town this summer.

Toney made his Newcastle debut against his former employers in the Capital One Cup in August and has since made two further appearances for Steve McClaren’s team.

“It was my first time away from home. My mum’s not there to do everything for me, so I’ve got to be a big man for myself,” he told BBC Radio Northampton.

“The football’s obviously a bit different tempo-wise but I’ve managed to adapt to it and I’m enjoying it.”

He continued: “A little bit (of homesickness), missing my family a lot but other than that it’s alright.”

Toney, a product of Northampton’s apprenticeship programme scored two goals in three appearances for Newcastle’s Under-21 side in September. He was also used as a substitute in the 2-2 Premier League draw with Chelsea and is keen to build-up the sharpness and strength required to compete in the top flight.

“I wouldn’t try to disrespect the League Two standard, but they are sharper (mentally) and know what they are doing a lot more.

“You’re trying to get stronger every day, especially at that level you need to be strong and fit, and that’s the main thing I’m working on.”