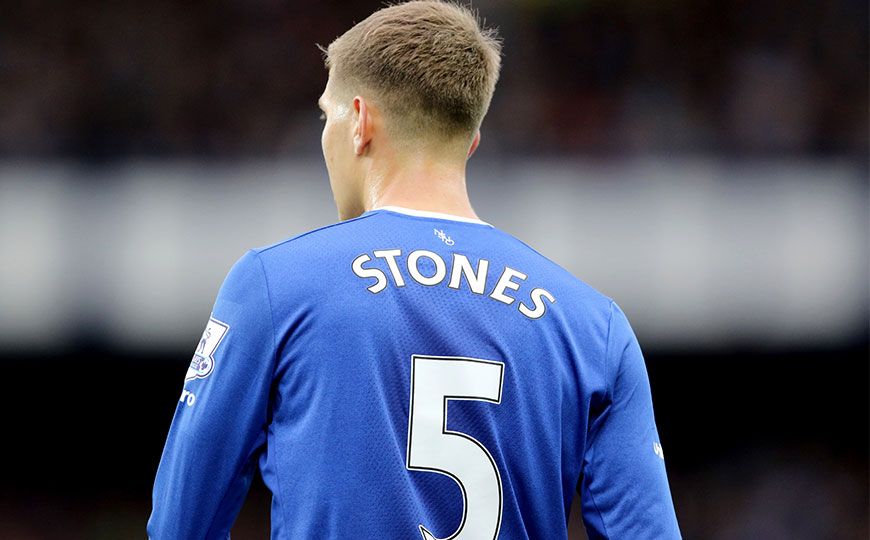 John Stones continues to be the subject of a transfer speculation with Premier League champions Chelsea eager to extricate the defender from Goodison Park.

Everton for their part are keen to hang on to their most valued asset – one thing is for certain though, the former Barnsley apprentice has come a long way since leaving Oakwell in 2013.

Former Barnsley assistant manager and current Bury boss David Flitcroft recalled how as an 18-year-old Stones was eager to learn.

Speaking in an interview with The Daily Telegraph, Flitcroft said:

“John was always good technically and it was the physical side of it we wanted to develop, so we finished training and took him over to Old Trafford for a European night,”

“We were always thinking of taking him to those kinds of games, either to watch (Nemanja) Vidic, Rio Ferdinand or any of those top-class defenders so he could see how they approached it.”

“I say to all my young players that when you see someone such as John, it is proof success is not about luck. With him it has always been talent and hard work,” he continued.

“We called him in for out-of-season training in the summer of 2012 to get him ready for a full season in the Championship and he embraced it. The players were supposed to have six weeks off, but John only had the one because he wanted to work on the physical side of his game.

“When we put him in the first team, even though the intensity was 40 per cent greater than he’d been used to, you could see straight away that he would grasp it.”

The teenage defender made his first Football League start against Middlesbrough and was an instant hit with Flitcroft and manager Keith Hill.

“He was up against one of the best players in the Championship at the time, Marvin Emnes. We won the game and John was excellent. We knew we had a major talent.”

By the time Stones made his England U21 debut in a 6-0 win over Scotland in August 2013, the talented defender was closing in on his Premier League debut after Everton paid £3million for his signature.

“It really did feel like we were losing one of our own with John, but you know there is nothing you can do to stop a player of that quality continuing his development,” Flitcroft added.

“You can’t stop that acceleration and we knew he would not fail. He comes from good stock.”

Despite making just 24 league appearances for the Tykes, Stones was soon ready for England’s top division, making his full debut at the start of 2014 in a 1-1 draw at Stoke.

Now an established member of Everton’s first-team and the England squad, Stones’ meteoric three-year rise leaves him within touching distance of playing on the Champions League stage that he once observed for inspiration.

Here are a selection of images from Stones’ rise to the top: