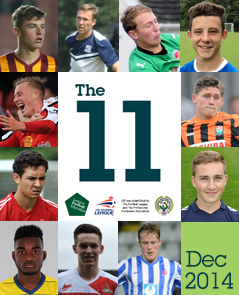 The 11 is back for December. Every twelve weeks LFE names eleven starlets who have delivered on and off the pitch. ‘The 11’ for December 2014 is as follows: