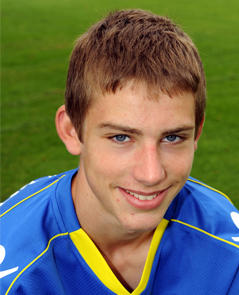 League Football Education is pleased to announce that Charlie Taylor (Leeds United) is the winner of LFE’s 2010 – 11 Academy & Youth Allliance Goal of the Season.

Taylor’s fantastic strike against Newcastle Utd in April saw off the challenge of five fellow Apprentice players who were all respective Goal of the Month winners.

Taylor will now be presented with his Goal of the Month and Goal of the Season awards during pre-season.

“Throughout the season Goal of the Month has been a fantastic advert to the work that is being conducted throughout the Football League to develop talented young players. This is the first-time that this sort of competition has been operated at Youth level and we certainly haven’t been disappointed. It is fitting that an incredible strike like Charlie’s has won the overall competition and I would like to congratulate him on his effort.”