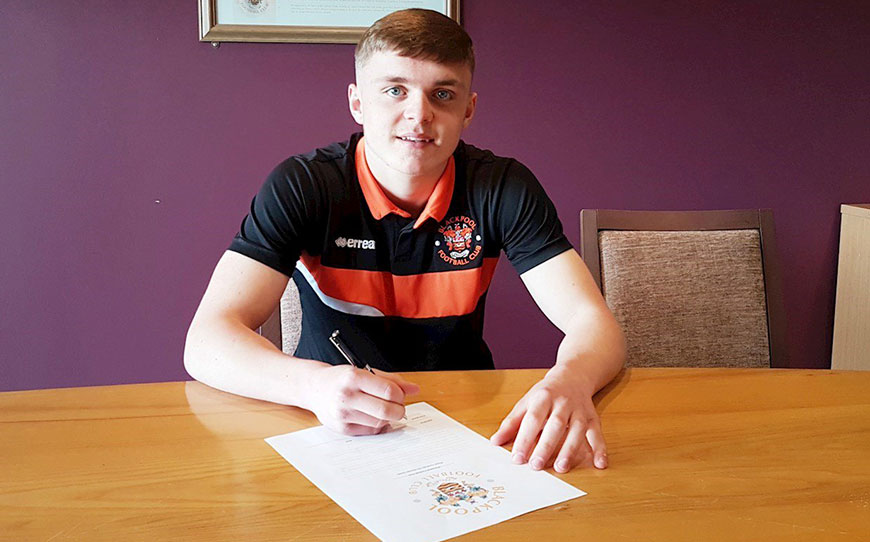 Blackpool winger Finlay Sinclair-Smith has penned his first professional contract, agreeing a one-year deal with the option of a further 12 months.

The 17-year-old has been in fine form for the Seasiders’ youth team this season, finding the net on 15 occasions, with two of those coming in the FA Youth Cup against Blackburn Rovers and Southampton, contributing to their historic run to the semi-final stage.

Sinclair-Smith featured in LFE’s August Goal of the Month and was named in ‘The 11’ four months later for his excellent application to the academic side of his apprenticeship, in addition to his playing success.

The second-year apprentice made his first-team debut in the Checkatrade Trophy in August, scoring shortly after coming off the bench, while he earned a further appearance in the same competition against Accrington Stanley.

“I’m really happy to sign my first contract and I just want to kick-on now,” he told the club website. “I’ve had some great experiences this season, like playing in the Checkatrade Trophy and the FA Youth Cup, but I know that I must continue working hard to improve every single day.”