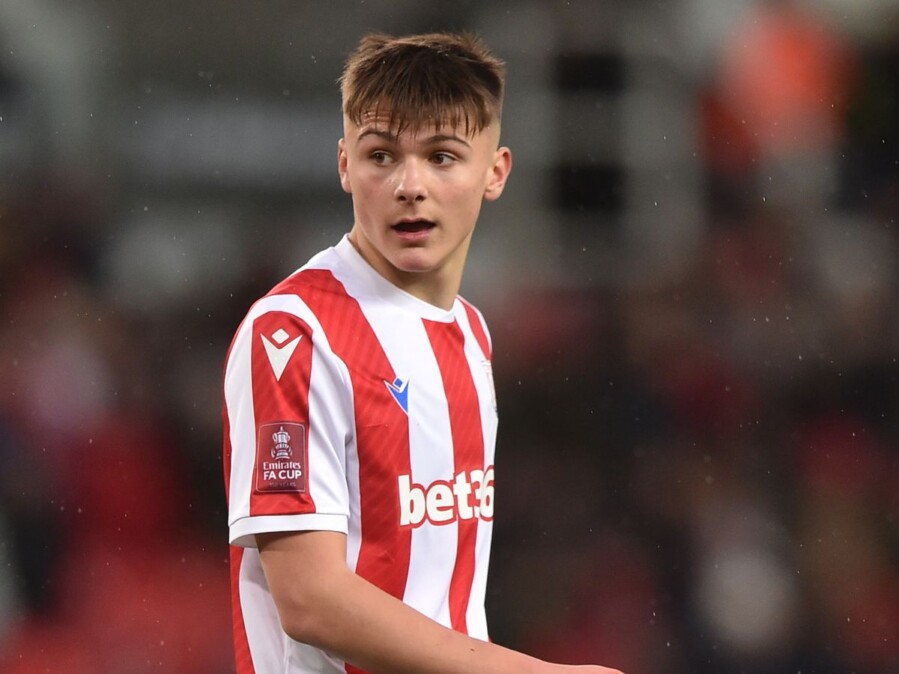 Stoke City have tied talented teenager Emre Tezgel down to a three-year professional contract. and also agreed to pledge his long-term future to the Club.

Pledging his future to the club, the 16-year-old striker has penned a long-term deal which will take effect from his 17th birthday in September of this year.

The England Under-17 international, who has been with the Potters since he was nine, rewrote the history books last season by becoming the Club’s youngest ever first-team player when he made his debut in an FA Cup tie against Leyton Orient.

He has regularly trained with the first-team and is an established member of the Club’s Premier League 2 side.

Manager Michael O’Neill told the club website: “We are thrilled that Emre has pledged his future to the Club, especially as there was real interest in him from elsewhere.

“He’s a player of immense potential and from talking to him and his parents it is clear they feel he is in the best possible place to progress and look to fulfil that potential.”

Academy Director Gareth Owen added: “Emre has been in our youth system for seven years – he’s happy here and enjoys the work that we do both in the Academy and at first-team level and he can see a pathway for his future career, which is really pleasing.”