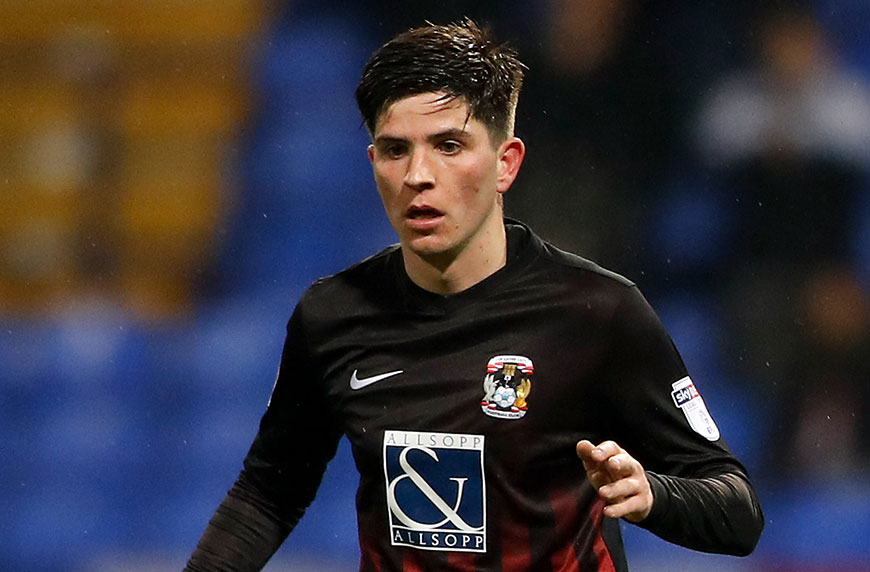 The 20-year-old captained the Sky Blues’ Under-18 team in the second year of his apprenticeship and penned a three-year professional contract in 2015 before agreeing an extension until summer 2020 the following year.

Harries has enjoyed plenty of first-team exposure since making his senior debut during a 2-0 win at Oldham Athletic in May 2016, featuring 17 times in total for the club.

“I am delighted to be here,” Harries told the Swans website. “It is a little hard to leave Coventry, but I am really looking forward to getting going at Swansea.

“I have had a look round the training ground. It’s unreal – I am a little bit blown away by it. I don’t think there could be a better environment for me to develop in.

“My aim in the long term is to play in the Premier League. If I am lucky enough and good enough for the manager to trust me at some stage in the future. That would be a dream come true.

“But I am going into the development squad and that’s good. I feel it will give me a chance to work on the areas where I need to improve.”

The young defender made four appearances during Coventry’s run to securing the EFL Trophy, although he could not prevent the club losing their League One status.

“It was a tough year last season for the club but I broke through and played quite a few games so in a way it was a positive for me,” he said. “That has given me a really good platform to be here at Swansea.

“There were eight of us young lads involved in the first team. We all broke through at the same time and there was a point last year when there were seven of us on the pitch.

“There are not many clubs in the Football League where young players would get that opportunity, so that was the upside of a difficult season.”

The Wales youth international started two of his country’s three group games in this summer’s Under-20 Toulon tournament and played alongside a handful of his new teammates.

“I know quite a few of the boys who are here and they all had positive things to say about Swansea,” Harries added.

“They talked about how good last season was and how they are looking to kick on again having gone up a division. It is really exciting for me to come and be part of that.”