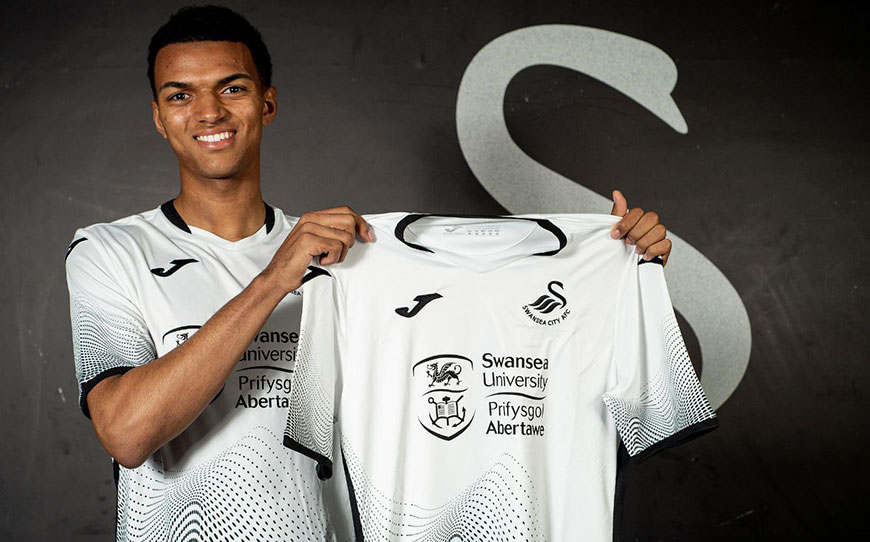 The 20-year-old was a key player for the Rams’ Under-18 team that won the U18 Premier League in 2018-19, netting 19 times in the league, while he top-scored for the club in the UEFA Youth League the following season with five goals in four games.

Whittaker, who has been capped by England from Under-16 to Under-20 level, debuted for Derby’s first team in August 2019 and went on to feature on 32 occasions, scoring his only senior goal to date on the final day of last season during a 3-1 win against Birmingham City.

“I’m really happy to get the chance to play for Swansea City. I can’t wait to get started. It’s a really positive move for me,” Whittaker told the Swans’ website. “I’ve heard a lot about the club and I don’t think anyone needs telling about where the club’s going.

“I had been at Derby since I was eight, so I must give a lot of credit to them because they helped me progress and showed a lot of faith in me.

“I have a good relationship with Marshy (Mike Marsh) and I know Steve (Cooper) from our time in the England youth ranks, even though he was in charge of the team above my age group. He gives young players a chance to show what they can do, and that’s encouraging.

“I’m really looking forward to playing under the gaffer. It’s obviously a big change going from Derby to Swansea but knowing the gaffer and Marshy will help me settle.

“Coming to a new club with the players we have here, obviously I won’t go straight into the team. I must work hard for my place and show my teammates, the coaches and the fans what I can bring to the team.”