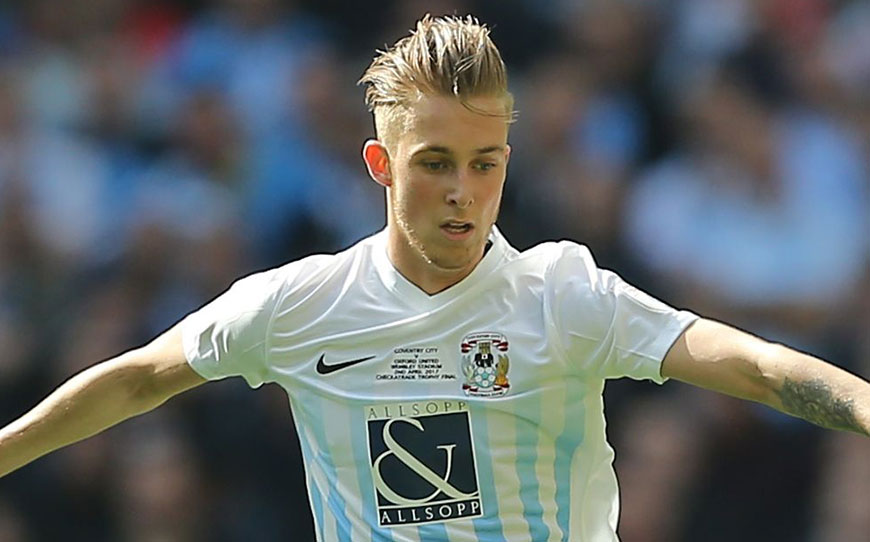 The 20-year-old emerged as a first-team regular last season following his senior debut in the Carabao Cup against Portsmouth in August 2016, making 36 appearances in total, including the Checkatrade Trophy final victory over Oxford United in front of nearly 75,000 fans at Wembley in April.

“I’m really happy to sign for such a massive club with big aspirations, it’s a big personal achievement for me,” he told the club website. “As soon as I knew of the interest I wanted to jump at the chance of joining such a big club.

“I’ve been at Coventry since I was 8 years old, it’s the only club I’ve ever been at, so it’s got a big place in my heart and I’ll always thank them for everything they did for me but it’s time for me to go the next stage of my career.

“One of the things that attracted me here is the amount of players who have come through the Academy and have been around the first team, I can see the pathway to it so I just have to set myself the goal to get there.

“I like to get on the ball, receive it and pass it, I’m a possession type player and I think that fits in well here.”

Stevenson, who has signed a two-and-a-half year contract at Molineux, will return to England fourth tier for the remainder of the 2017-18 season as he joins Colchester United, who are scheduled to meet Coventry on 13 February.

He added: “I’m really looking forward to the challenge of going to a new club and it’s one I’m going to embrace and enjoy it hopefully.

“It’ll be good to get some more league games under my belt, meeting new people and staff is like a fresh start and I’m really looking forward to it.

“My personal ambition now is to play for Wolves and hopefully that will be in the Premier League, that’s what I’m going to work towards.”