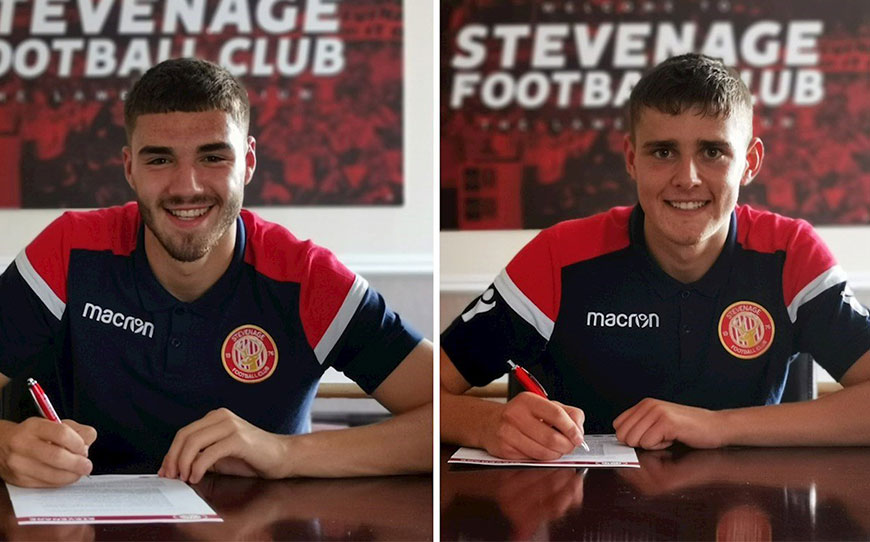 Stevenage FC apprentices Luis Fernandez and Jack Smith have committed their futures to the club by signing their first professional contracts.

The 17-year-olds were drafted into the first-team squad during pre-season and have both experienced competitive action this campaign, with midfielder Smith coming off the bench to make his debut in the recent Sky Bet League Two defeat to Bradford City, while Fernandez has already featured three times.

The central defender started in the Carabao Cup against Southend United and then made his EFL debut four days later, entering the game as a sixth-minute substitute to help preserve a clean sheet against Leyton Orient, before earning his full league debut against Bradford.

Academy Manager Robbie O’Keefe told the club website: “All the staff at the Academy are thrilled with the news. Both players have made steady progress during their first 12 months as full-time scholars and having worked with them over the years, their progression is of no surprise.

“Both boys have had different journeys to get here but we are certain their characteristics will see them thrive in the future. Enormous credit must go to both boys as it is their performances that have ultimately gained them this recognition and from an Academy point of view, we are delighted to have once again, spotted and developed talent for the first-team.”