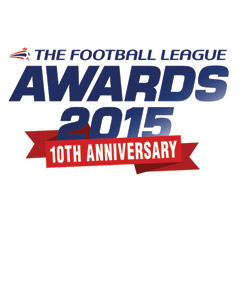 Nine starlets are bidding for glory after The Football League announced its shortlists for their 10th annual awards dinner which will be held at The Brewery in London on Sunday, April 19.

The Football League Awards celebrate on and off pitch achievements across the League’s 72 clubs, with categories ranging from ‘the Family Club of the Year’ to ‘Goal of the Year’.

While this years glittering bash will also include ‘a Team of the Decade’ and witness the coronation of the ‘Football League Player of the Year’ – nine youngsters who are just starting out in the game will be in the spotlight in the ‘Apprentice of the Year’ award category.

Apprentice of the Award -League 1

Apprentice of the Award – League 2