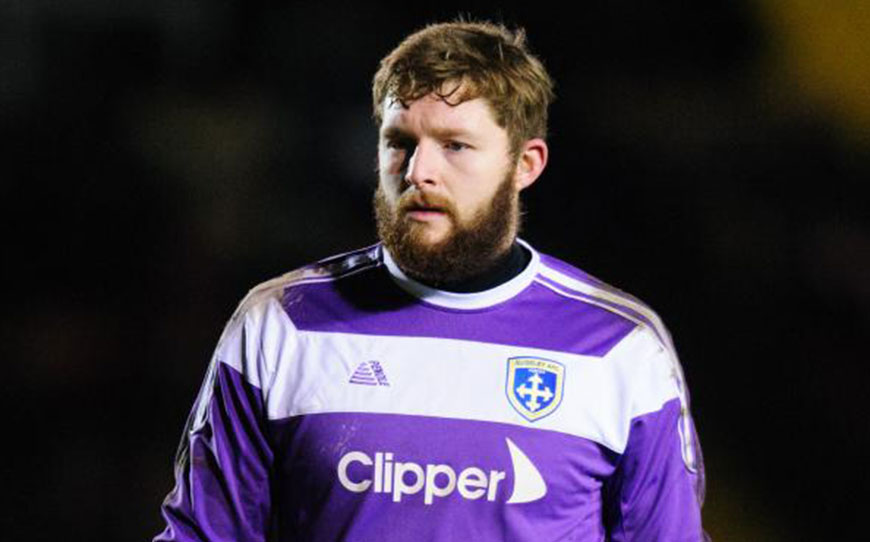 Accrington Stanley have snapped up Guiseley keeper Jonathan Maxted for an undisclosed fee on a one-and-a-half year deal.

The 24-year-old impressed Stanley after a heroic performance in the FA Cup first round in November, where he produced a string of superb saves over two ties before stopping two penalties in the replay to send Guiseley through.

He told the club website: “It’s all happened quite quickly, it was one of those where I got the phone call and I just couldn’t say no to it.

“I spoke to Paul Cox and he told me that he wasn’t going to stand in my way, I’m thankful for that. It’s brilliant that I’ve got the opportunity to come in to a side pushing for promotion.

“For me, it’s a return to the Football League, which I’ve been out of for about three years now. I’ve worked hard for this chance to come and I’m looking forward to getting to work with the club.”

Maxted is a former Doncaster Rovers apprentice and featured on the first-team bench on several occasions before signing his first professional contract along with four other Donny academy products in April 2012.

The young stopper moved on to Hartlepool United in 2014, but did not appear in a senior game until August 2015 following a switch to Forest Green Rovers in the National League.

Maxted made 20 appearances for the promotion-chasers, although he fell out of favour and sat out the second half of the season, making the bench for the play-off final defeat to Grimsby Town in May 2016.

The Donny academy graduate joined Guiseley three months later and his career has gathered pace ever since, amassing 56 outings in total before earning a return to the EFL with Sky Bet League Two high-flyers Accrington.

Manager John Coleman said: “Jonny’s somebody that we have tracked closely since his two impressive performances against us in the FA Cup, so we are delighted that we have been able to agree a deal to bring him here.

“To have two goalkeepers in Jonny and Aaron Chapman, who are both pushing one another for a starting place, can only be a positive for us as we move into this crucial part of our season.”

Maxted was immediately added to the matchday squad, but was an unused substitute as Stanley won 3-2 against Port Vale to climb into the promotion places in England’s fourth tier.