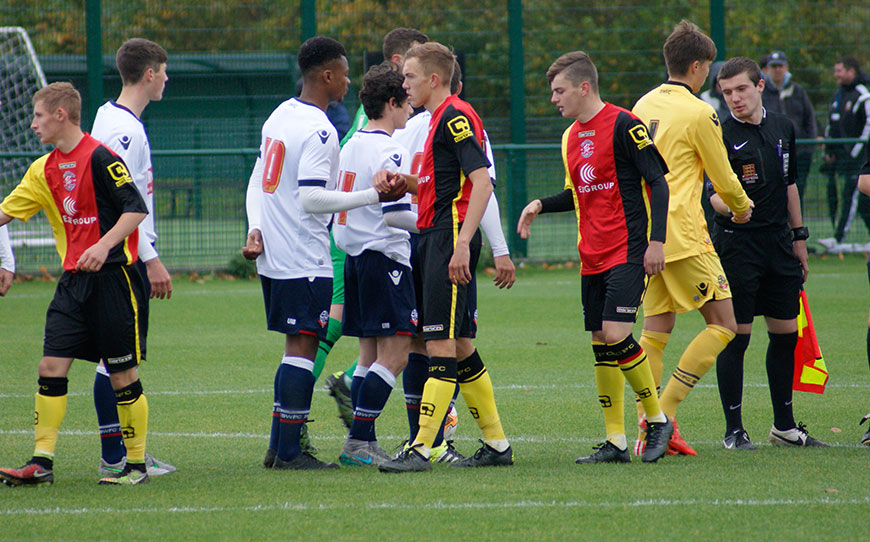 Birmingham City coach Steve Spooner believes his Under-18 side face a tough task to secure back-to-back victories when they take on Coventry City tomorrow.

The Blues won 3-2 against Bolton Wanderers last weekend to claim a first win in four games in the Professional Development League 2 North.

“It’s quite a local derby and they’re always very competitive so we’ve got to make sure we’re competitive as well. I’m always confident that our football will help us through but you can’t always play nice football.”

The Blues had to overturn a two-goal deficit to beat Bolton and Spooner was impressed with the character shown by his players.

“We had to tell them not to panic. We were creating chances. We were playing a lot of good football and getting in behind and it was just a case of finishing correctly and a little bit of fortune at times which you need,” he added.

“It was interesting to see their reaction after Bolton made it 2-0 because you wonder if they lose heart, but they didn’t. They came straight back into it.”

Strikers Ronan Hale and Khaellem Bailey bagged a goal each and earned praise from their boss.

“They’re quite good at playing on the shoulders. They’re both quick so we have to make sure they don’t keep coming short at times because you’ve got to play to your strengths,” Spooner said.

“They’re powerful boys and we try to get them in down the sides on the floor and the ball is under a lot more control. We keep telling them to work off shoulders and that’s how we scored one of the goals (at Bolton).”