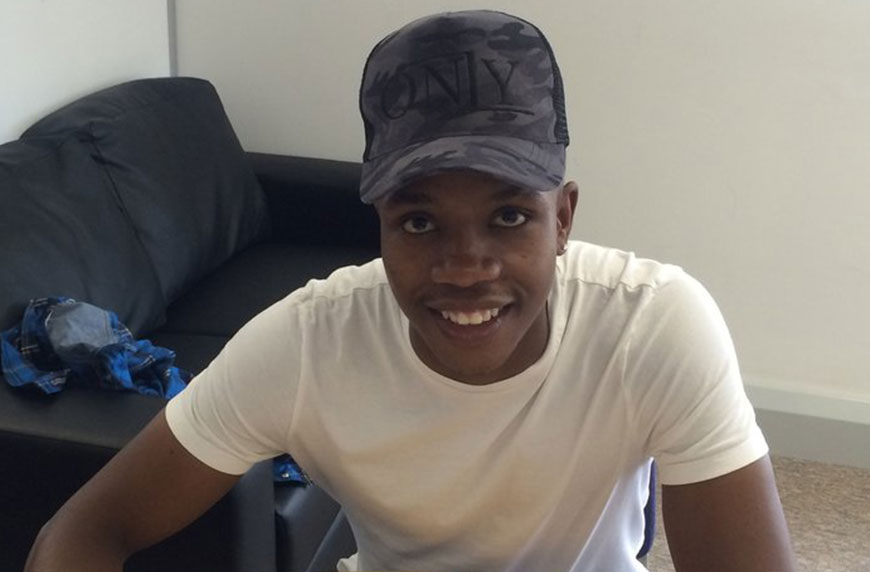 Five Southend United academy graduates have penned their first professional contracts this month, all agreeing one-year deals with the option of another year, having completed their apprenticeships.

Renei Batlokwa is the latest member of the quintet to sign, following in the footsteps of Sonny Coutts, Norman Wabo, Joe Bedford and Josh Bexon.

Batlokwa enjoyed an impressive 2016/17 campaign that saw him earn international recognition, with a recent call-up to the senior Botswana national team.

He told the club website: “I feel very pleased to have got it done, I just want to kick on now and repay the club’s faith in me.

“Last pre-season was a great opportunity to show the Gaffer what I could do and my aim is to replicate that this season but more consistently to earn a place in the squad.”

Defender Coutts has been rewarded for a tremendous fightback from injury after severely damaging his knee in 2015 that kept him sidelined for an extended period.

“I’m delighted to get my first professional contract at Southend United,” he said. “I remember being a season card holder when I was younger and during my teenage years I was going to all the away games with my friends so I have a strong connection with Blues.

“It was a hard time for me and the recovery took longer than expected, I was out for nearly a year and I came back around September 2016 and I was just happy to get minutes under my belt and get back out onto the pitch so I’m grateful for the Club believing in me.”

Prolific striker Wabo starred in the Under-21s last term and continued to get amongst the goals during a brief loan spell at Cambridge City in the Evo-Stik Southern Premier League, where he netted four times in five outings.

“I’m very happy to sign my first professional contract, I just want to thank god for everything, I’m grateful for opportunity given to me and I can’t wait to push on now,” he said.

“The loan move was great for me, I matured as a player and going to Cambridge was a key moment for me in my career, it certainly helped me in my development.”

Elsewhere, midfielder Bedford received acclaim from first-team manager Phil Brown for his goal against AFC Wimbledon for the Under-21s, which Brown described as “the best he had seen” on a training ground.

Bedford said: “It’s quite mad to be honest because I’ve been here for ages and this is my first professional contract. It feels like all the hard work has paid off, especially for my family because for me it’s just playing football but to your family it’s mad.

“This is where it starts for me. From being a youth player, getting to here is just another starting point and it’s one after the other from here.”

Meanwhile, goalkeeper Josh Bexon was the first of the group to sign at the beginning of the month having been on the first-team bench on 18 occasions last season and is now set for a six-month loan move to Austrian club FC Kitzbuhel.

“It’s the best feeling, getting a professional contract,” the 18-year-old said. “You work your whole life for it and when you get one you feel really satisfied, but you’ve got to keep working hard to make sure you stay in the game as long as possible.

“I’m really enjoying myself here at Southend and hopefully I progress and become more experienced over time.”