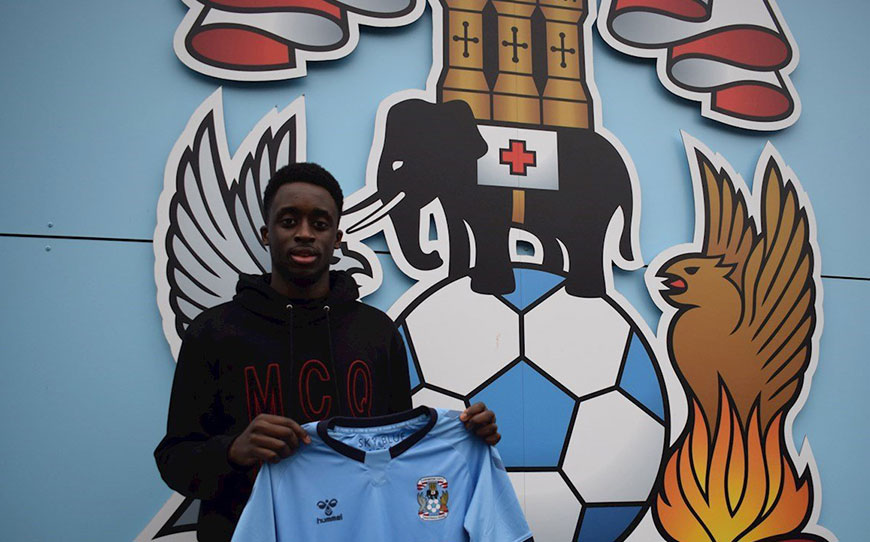 Sky Bet Championship outfit Coventry City have completed the signing of Fabio Tavares from Rochdale AFC for an undisclosed fee.

The 20-year-old has penned a two-and-a-half-year contract, having been an academy standout for Dale, scoring at a prolific rate for the Under-18s side that won the EFL Youth Alliance North West divison in 2017-18.

The highly-rated forward progressed into the first team last season, making 21 appearances, while he has added 18 more to his tally this term, although most have come as a substitute.

“We’re very pleased to sign Fabio and welcome him to the club,” Manager Mark Robins told the club website. “He is a pacy attacking player with some really promising all-round attributes and has already impressed at first-team level for Rochdale.

“He is a very exciting prospect who we look forward to working with and helping him to continue his development.”