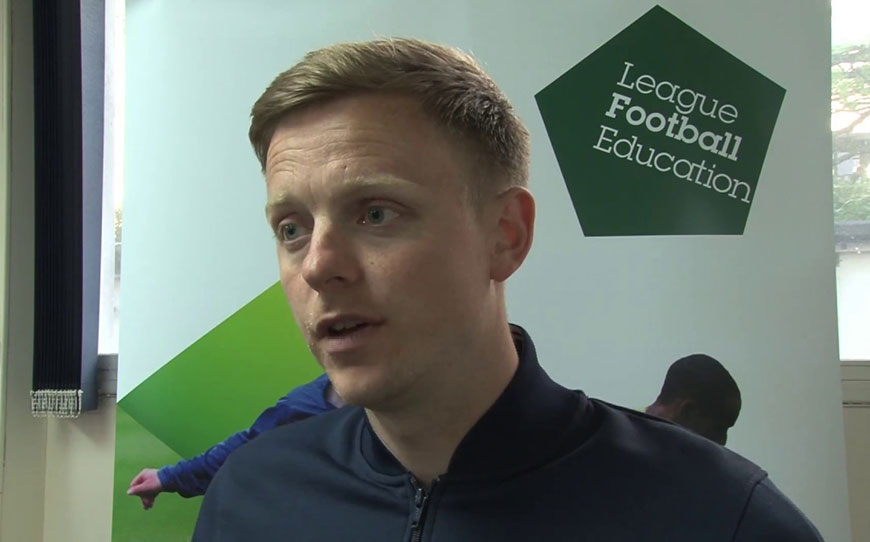 Nottingham Trent University Head of Football Tom Shaw revealed he was impressed with the standard of players on display at LFE’s Assessment Trials, with over 225 former academy players showcasing their ability to scouts of clubs and Universities from across the country and abroad.

Shaw attended all three locations – Bury, Stafford Rangers and Woking – in a bid to unearth a hidden gem to represent the University football team alongside studying for a degree.

“It’s great for us in University football,” Shaw told LFE. “We’re there to give the players a route out of the professional game and hopefully back into it, so to see that there’s some talent to work with and some really great attitudes, it’s really encouraging for us.

“What we’ve done at the Uni this year is lads in this position that have come out of the professional game, we’ve helped them find their love a little bit and helped them feel like they’re back on the playground just doing what they enjoy doing.

“It can be a bit of a culture shock for them at first, but on our scholarship programme the University gives them a lot of academic flexibility and I know that if they’re getting a little bit bogged down with their studies then they can switch off from football for a week or whatever it needs for them to catch up and do that right because that is the priority.

“But once they’re in there and enjoying all aspects of Uni life, they seem to love it and they seem to flourish.”

Although the primary focus of moving into higher education is to achieve qualifications for a career away from playing football, Shaw reinforced the possibilities still available for students to earn a way back into the professional game.

He said: “If they come to Nottingham Trent, they can play in non-league up to the Conference semi-professionally, so they can play for us and play for whoever on a Saturday. If they’ve got aspirations to get back into the professional game then it’s the perfect chance and they’re out there playing for people to see and be spotted.

“It’s a massive opportunity for them to secure their future with a degree but they’re still in with a great shout at professional football if they put the hard work in.

“Be open-minded about the University route. It’s a really great route to set yourself up for future life and then you’re playing football most of the week as well, so your football is also going to improve alongside.”