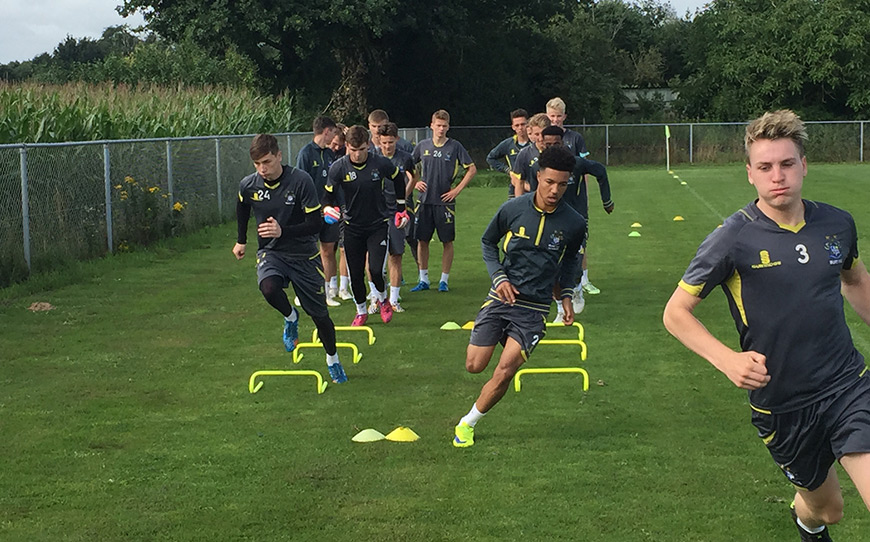 Talented Bury teenagers Sam Gibson and Jake Durham have caught up with the club’s YouTube channel to discuss the early stages of their LFE preseason trip to the Netherlands.

Having spent three days in Venlo, Bury’s youngsters finally got an opportunity to turn practice into action as they faced Middlesbrough Under 18’s in a practice match.

Gibson, a second year apprentice, saw promising signs from their performance: “It went well. I thought we did really well.”

He continued: “We lost 1-0, which is a shame, but I think if we could tighten up in the final third and finish a few chances that we missed, I think we could’ve possibly beaten them.”

But, as midfielder Durham explained, an entertainment night is scheduled for the squad to unwind: “I think (there’s going to be) a few impressions, songs, everything really. It’s gonna be a fun one.”

To watch the videos in full, click play below: