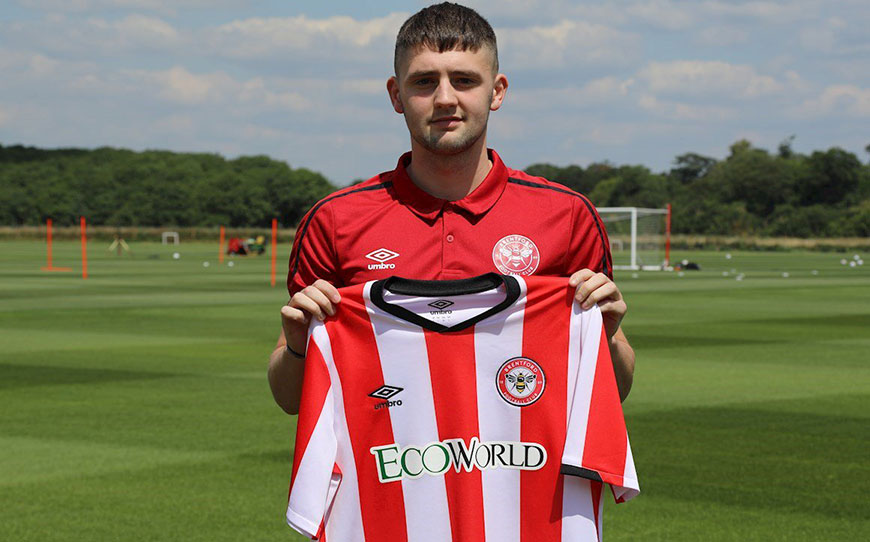 The Bury Academy graduate will initially link up with Brentford’s B team having become the second Shakers teenager to leave the club in the space of a week, after Ryan Cooney signed for Burnley.

Adams gained his first involvement in the senior ranks towards the end of his first year as an apprentice, coming off the bench against Northampton Town and AFC Wimbledon in Sky Bet League One, while he added four more appearances to his tally last season, featuring in the Checkatrade Trophy, FA Cup and Sky Bet League Two.

The talented midfielder, who captained Bury’s Under-18s during 2018-19 campaign, was named in LFE’s ‘The 11’ in December 2018 as a result of his impressive efforts on and off the pitch, remaining committed to his studies on the Extended Diploma.

On the international scene, Adams has represented Wales at Under-17 and Under-19 level, scoring his first goal during an Under-19 European Championships Qualifier against Sweden in November.

B Team Technical Lead Allan Steele told the club website: “We are delighted with the addition of Joe to the squad, and we wish him well during his time with us. Joe is an exciting attacking player who stands out both in and out of possession.

“Joe showed a real desire to join the club and, with his hard work and effort, we look forward to helping him achieve his potential.”