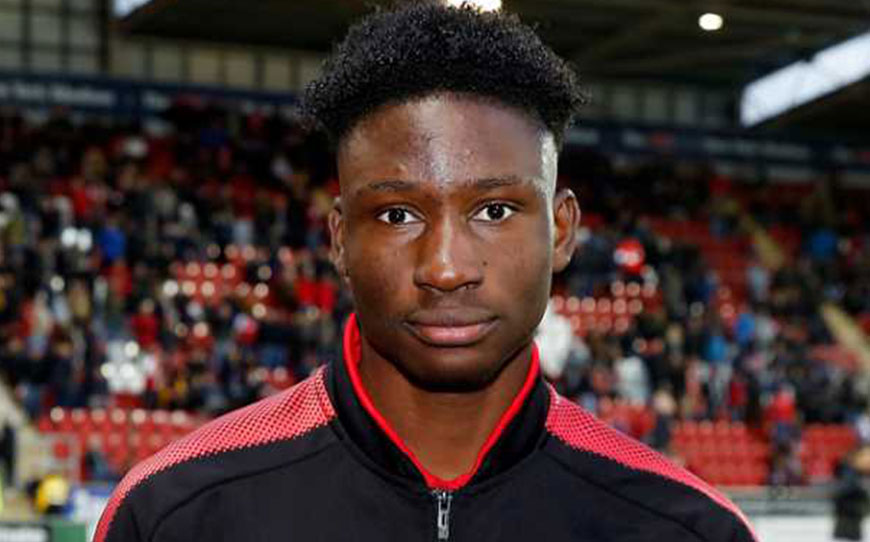 Rotherham United striker Joshua Kayode has signed his first professional contract with the club, penning a deal that will keep him with the Millers until the summer of 2020.

The 17-year-old has appeared twice for the senior team in the Checkatrade Trophy this season, making his debut as an 85th-minute substitute against Manchester City Under-21s, as well as another outing off the bench in a 3-0 win at Bradford City.

Second-year apprentice Kayode has been a regular scorer in the club’s youth ranks over the last couple of years and was a key member of the team that came second in the EFL Youth Alliance North East division last year.

“It’s great to see another player make the step up and it is a fitting reward for all of the hard work that JJ has put in over the last couple of years,” Rotherham academy manager Garreth Barker told the club website.

“He has been our main attacking threat in a very good unit and I am delighted that the manager has seen enough in him to offer him a pro deal.

“With the current first-team staff, there is a clear pathway from the Academy to the first-team and it really ensures that the boys are at their best every single day.

“It has been brilliant from an Academy perspective to see the likes of Akeem Hinds and Reece McGinley involved this season and equally pleasing to see the progress that Ben Wiles has made since being fully immersed in a first-team environment.

“JJ is a great lad and has acquitted himself brilliantly both in the first-team and reserve games that he has been involved in, so I’m thrilled to see him turn professional.”