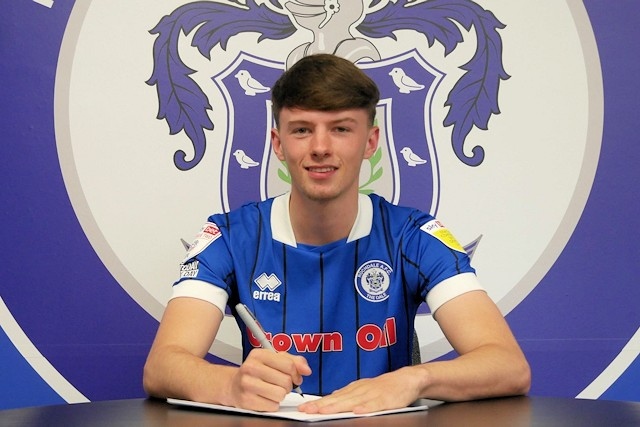 Rochdale AFC’s Jordan Scanlon has signed his first professional contract with the club, after impressing for the Under-18s and while training with the first team.

The 18-year-old, who can operate as a midfielder and forward, has put pen to paper on a one-year deal, with a further one-year option.

Born in Salford, Scanlon has progressed through Dale’s youth ranks having joined their Academy at under-14 level. Towards the end of the 2021/22 campaign, he was named as a substitute for two senior fixtures.

“I’m over the moon that this has happened. I couldn’t appreciate it any more,” Scanlon told Dale’s media team.

“I know that the hard work continues now. I’ve realised what the standard is like and how you have to train each day and the fitness levels that are required, so I need to make sure that everything is up to standard [when I come back for pre-season].”

Speaking last week when delivering his season review, Manager Robbie Stockdale said: “Jordan has been training with the first team for some time now.

“The biggest compliment I can give him is that he doesn’t look out of place in first team training.

“He has a little bit of bite about him and he’s not afraid to mix it physically with the players, although there’s work for him to do there.” 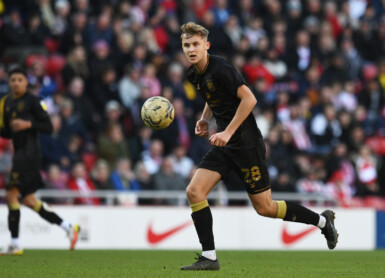 Talented youngster Michael (Zac) Williams has put pen to paper on his first professional contract having broke into the first.. 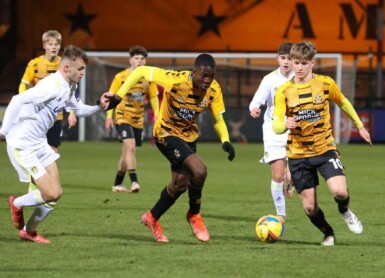 Second-year apprentice Saleem Akanbi has signed his first professional contract with Cambridge United. Having been with the U’s since the..