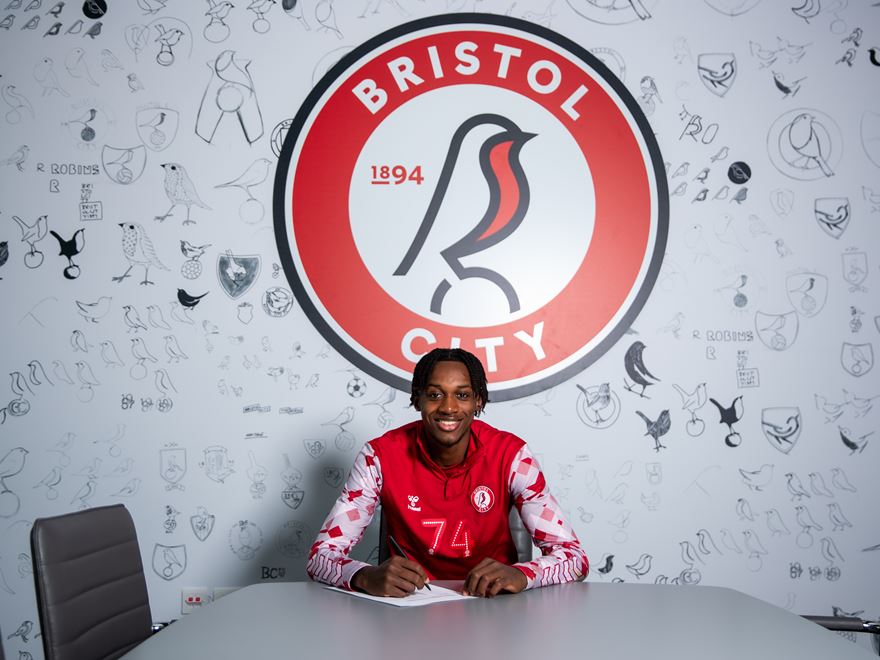 Young midfielder Dylan Kadji penned his first professional contract at the Bristol City Stadium last week, on the back of some impressive performances for both the Under 18s and Under 23s.

Kadji,18, is the latest academy product to be handed a professional deal by Nigel Pearson, as the Championship outfit look to retain the services of their brightest academy talents.  Since committing his future to the club, Kadji has been training with the first-team squad and been tipped as one to keep an eye on by .the Robins faithful.

On the news, Academy Director Brain Tinnion told the club website: “Dylan is a fantastic young man with great potential and has always attracted significant interest from elsewhere, so we are delighted he is able to continue his development here at Bristol City.”

Dylan Kadji added: “It’s a great feeling, a big burst of emotions and a proud moment for me and my family.

“I want to cement my place in the Under-23s squad and then pushing for the first team – it’s a great environment to be in and I love it here.”