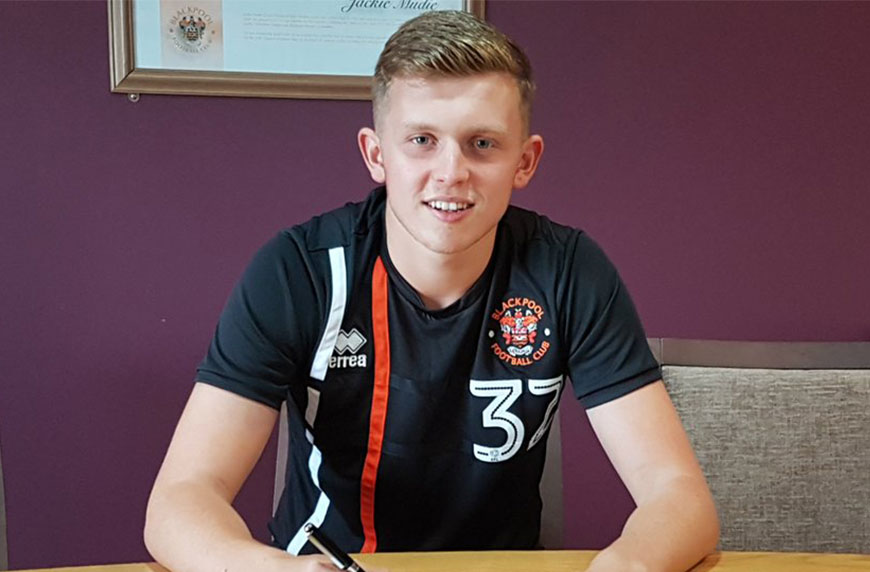 Republic of Ireland youth international Rowan Roache has signed his first professional contract with Blackpool, agreeing a two-year deal with the option of an extra 12 months.

Roache was an influential member of Pool’s double-winning Under-18 team as he netted 30 goals in 31 matches as a first-year scholar which saw him awarded the club’s Academy Player of the Year.

“It’s a great feeling because I’ve been here for nearly three years now,” he told the club website.

“I just want to do my best in pre-season and get myself physically alongside all the other boys, because that’s an area I obviously need to improve on.

“I’m only 17 so I really need to push on and make myself better so that it hopefully shows on the pitch.”

The forward started all three group games as Ireland progressed to the knockout stage of the Under-17 European Championships, scoring in a 2-1 win against Bosnia & Herzegovina.

Roache is the latest youngster to sign professional forms with The Tangerines after Caleb Richards, Jack Sims and Denzel Williams all penned 12-month deals with the option of a further year.

Sims rounded off an impressive campaign by scooping the Academy Goalkeeper of the Year award, while defender Williams played a key role in protecting the stopper as he produced 17 clean sheets in total.