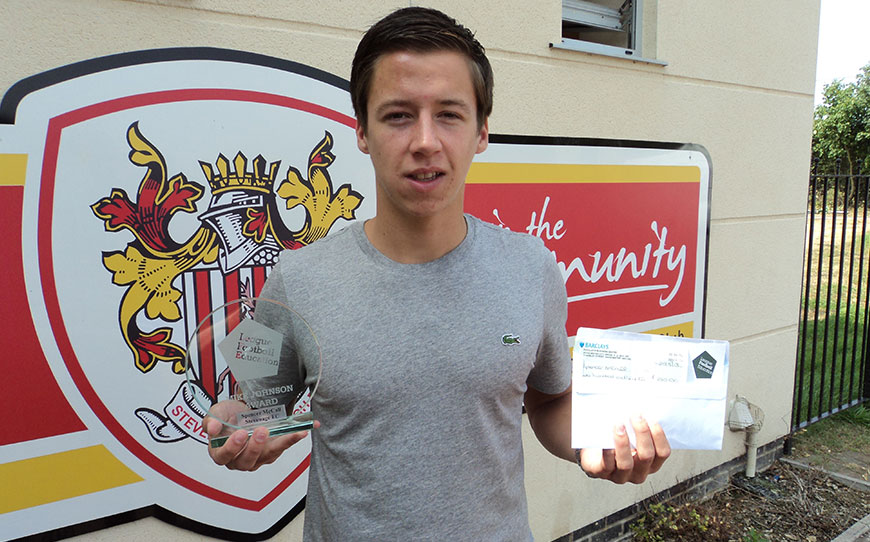 Everyone at League Football Education is heartbroken to learn of the passing of former Stevenage academy player Spencer McCall at the age of 26, following a brave battle with a rare bone cancer.

McCall was an apprentice from 2011 to 2013 and excelled in the academic side of the apprenticeship, receiving the Mike Johnson Award as a reward for his outstanding efforts on the NVQ Level 3 Diploma.

However, he was diagnosed with a rare type of bone cancer called Ewing’s Sarcoma in his leg, which then spread to his lungs.

McCall fought bravely against the aggressive disease, but chemotherapy failed to make the desired impact, and he was forced to look abroad for live-saving therapies, travelling to Spain, Germany and Mexico.

Incredible fundraising efforts led to more than £130,000 being raised to support McCall’s treatment, but unfortunately the cancer proved to be too severe for him to make a recovery, leading to his tragic and untimely death.

LFE extends its deepest condolences to Spencer’s friends and family.