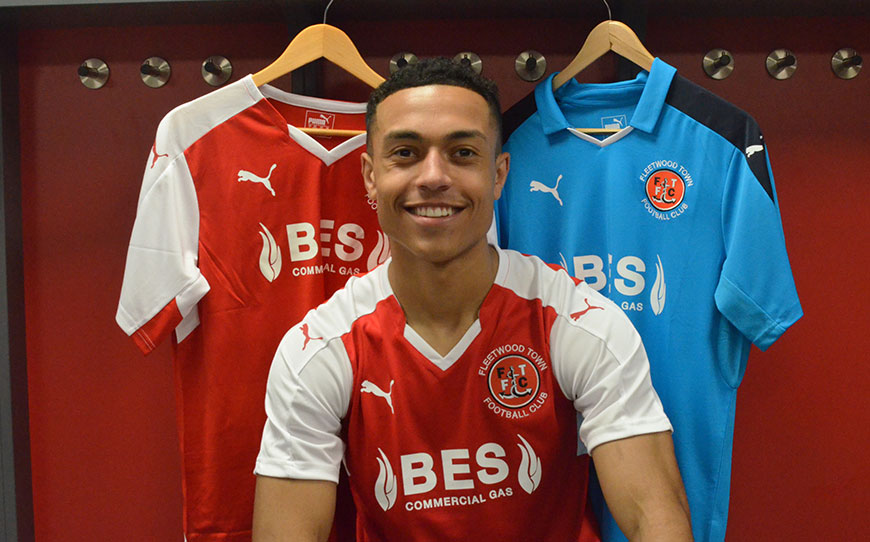 Fleetwood Town have signed striker Alex Reid from non-league side Rushall Olympic for an undisclosed fee.

The 21-year-old was an apprentice at Walsall and had been considering quitting football but instead he took advantage of LFE’s Player Placement Programme in Sweden, joining Ange IF immediately after leaving the Saddlers.

Reid, who hails from Sutton Coldfield, then joined Solihull Moors and moved on to Rushall in February 2015, where his goalscoring exploits caught the attention of the Cod Army.

The highly rated youngster who has also been tracked by Championship clubs, hit 40 goals in 18 months with the Pics before impressing during a trial period with the League One side in December.

“I am absolutely delighted to sign for Fleetwood Town and I cannot wait to get started,” Reid told the club’s website.

“This is an excellent chance for me to make the step-up into League football, and the facilities and people at Fleetwood Town made my decision easy.

“I’m a quick exciting player who always looks to score goals. I like making runs in behind but I am just looking to excite the fans and the best way I feel I can do that is by scoring goals.”

“Alex is a player who did very well for us during his week training at Poolfoot Farm,” he said.

“We saw enough to think he has a real chance to develop and progress into our first team.

“He’s strong, athletic and has an eye for goal. We look forward to working with him.”