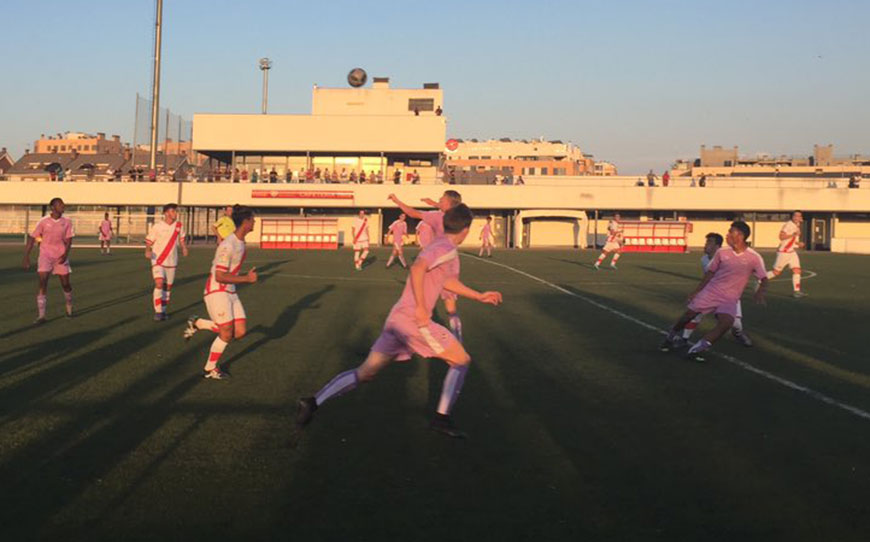 Reading Under-18s found their winning touch with a comfortable 3-0 win against Rayo Vallecano in the second game of their trip in Spain.

After a goalless first half, Jordan Holsgrove, Ethan Coleman and Tyler Frost all got on the scoresheet to secure a solid victory for the Royals.

Conditions were tough early on as the temperature hit 100 degrees Fahrenheit, which made it difficult for either side to impose themselves on the game.

Reading managed to carve out an opening when Frost was set free with just the keeper to beat, but his effort was thwarted.

Then it was Teddy Howe’s turn to burst through the Vallecano backline, but he too was denied from a tight angle.

At the other end, Reading stopper Liam Driscoll was called into action after a shot from inside the area and he was up to the task, tipping the ball over the crossbar.

The heat dropped off in the second half, which played into the hands of the English team and they broke the deadlock 10 minutes after the break when Holsgrove dispossessed the centre-back before calmly slotting the ball past the keeper.

The visitors could have doubled their advantage with nine minutes to go after striker Daniel Loader was upended in the box, but his spot kick was saved.

From the resulting corner, Reading did extend their lead as Coleman converted a header at the far post.

And it was Frost who settled the tie with added time approaching as he sent the keeper the wrong way from the penalty spot, calmly placing the ball into the bottom right corner to cap off an impressive second half display.

For more reaction from goalscorer Jordan Holsgrove, click the link below: