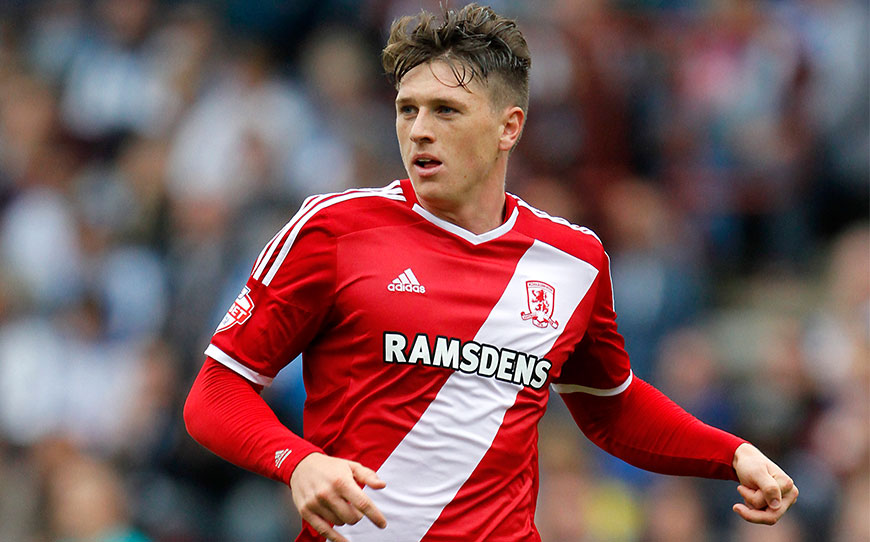 Middlesbrough winger Adam Reach has secured a move to Sheffield Wednesday after the two clubs agreed a fee in the region of £5million.

The 23-year-old had previous loan spells at Darlington, Shrewsbury and Bradford before a successful season at Preston last term, where he scored four times in 35 league starts.

But now the former Boro apprentice has left his boyhood club on a permanent basis after 78 appearances in all competitions for the club since his debut back in May 2011 in a 3-0 win against Doncaster.

Reach, who can also play as a left-back, scored in a 3-1 win against Wednesday in his final appearance for his former employers last August.

He told the club website: “I’m really pleased. It’s been a whirlwind day and I went into it not really knowing what was going to happen. I trained with Boro and then as soon as I was told of the interest from Sheffield Wednesday, I wanted to get straight down here.

“This is a huge club and the next challenge of my career, the time feels right. You try not to get involved in speculation but once I knew Sheffield Wednesday were interested, I knew where I wanted my next move to be.

“This place rocks and I know because I have played here. I can’t wait to pull on the shirt and get cracking.”