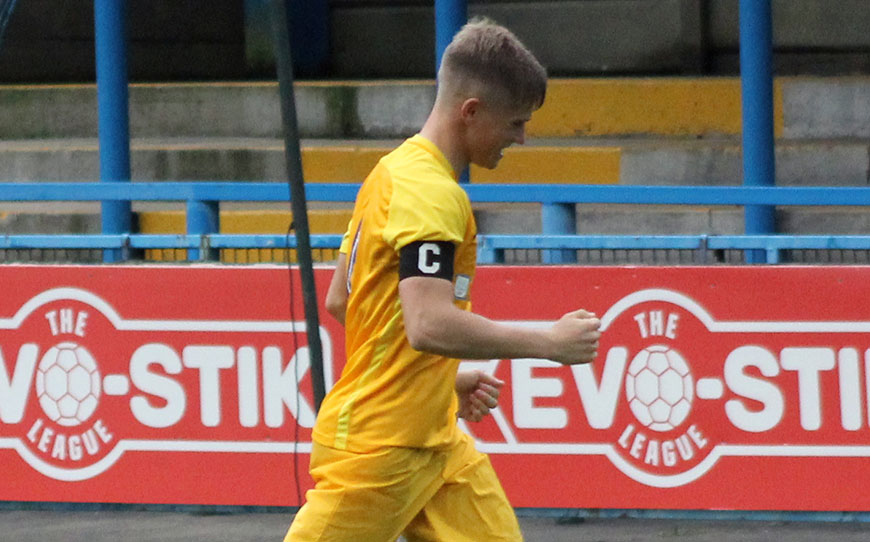 Preston North End academy manager Nick Harrison has praised the development of second-year apprentice Lewis Fensome after he was included in LFE’s ‘The 11’ in October.

‘The 11’ acknowledges the football and academic progress of Under-18 players on apprenticeships at current or former English Football League (EFL) clubs – and is also designed to assess other factors, including involvement in community or charity based initiatives.

Under-18s captain Fensome has enjoyed an excellent start to the season, contributing four goals as a defender before going out on loan to Lancaster City to experience senior football.

“We’ve had a number of players who have been recognised with that over the years and it’s great recognition for Lewis,” Harrison told LFE. “He’s worked hard over the summer after breaking his leg last season and he’s done well to come back in the summer and get back into the games programme because it was a bad injury.

“He’s shown great character to do that and he works hard. He worked hard over the summer and he’s worked hard this season.

“His education, in terms of what he does at college, is fantastic and what’s been pleasing is that he’s progressed week by week and aiming to try and get back to the form that we saw prior to his bad injury.

“Being named in ‘The 11’ should be something all scholars strive to do. It shows that they’ve got good character and a good attitude which is fundamental for any professional sports person. I’m sure it gave him confidence and I think it will continue to do throughout the season.”

The 17-year-old was nominated by LFE Regional Officer Sarah Kayley. She said: “Lewis sets a fantastic example on the education programme, working hard and contributing within the classroom and is on target to achieve his Extended Diploma.

“As youth team captain, Lewis is a great role model and has ensured a harmonious dressing room, with both first and second years enjoying a good relationship.”

The list of apprentices to be named in October’s edition of ‘The 11’ were as follows;