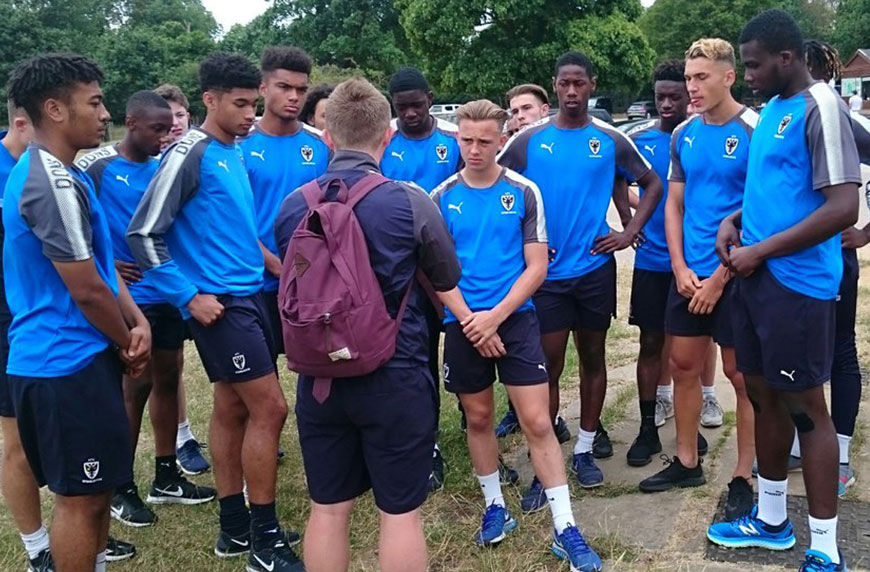 For those who think that pre-season training is a walk in the park, AFC Wimbledon have released footage that will make you seriously reconsider that opinion.

The club’s Under-18 players and staff competed in their annual ‘Richmond Run’, tackling the tricky seven-mile course in showery conditions.

Defender Osaze Urhoghide crossed the line first, narrowly edging out Tom Scott, who was named in LFE’s ‘The 11’ in June, with both recording a time of 45 minutes 1 second.

Ten players managed to break the 50-minute barrier, but some were on the receiving end of some stick in jest as Academy Head of Football Mark Robinson finished ahead of three apprentices, with two falling behind Head of Coaching Michael Hamilton.

Meanwhile, academy graduate George Marchant was also a participant as he prepares to head off to America having earned a scholarship in the United States.

“It was a little bit different this year, we’ve got a bit of a mixed group,” Robinson told the club website. “We’ve had ups and downs during the first week, so there were a few things I did differently because there are a few of them that need to get what we are about and get with it quickly.

“On the whole though, I was pleased and it’s the same response at the end as always. They question why they are doing it and don’t know why they are doing it, but afterwards they get that sense of achievement that they’ve taken themselves out of the comfort zone and they feel they’ve achieved something and that’s what it is about really.

“You see the team spirit after and how they feel and that’s exactly why we do it – no other reason. It’s not really a fitness thing – it’s about people stretching themselves.”

Watch the video below to see The Wombles youngsters in action, including an introduction to the class of 2017 courtesy of 2016/17 Academy Player of the Year Scott.