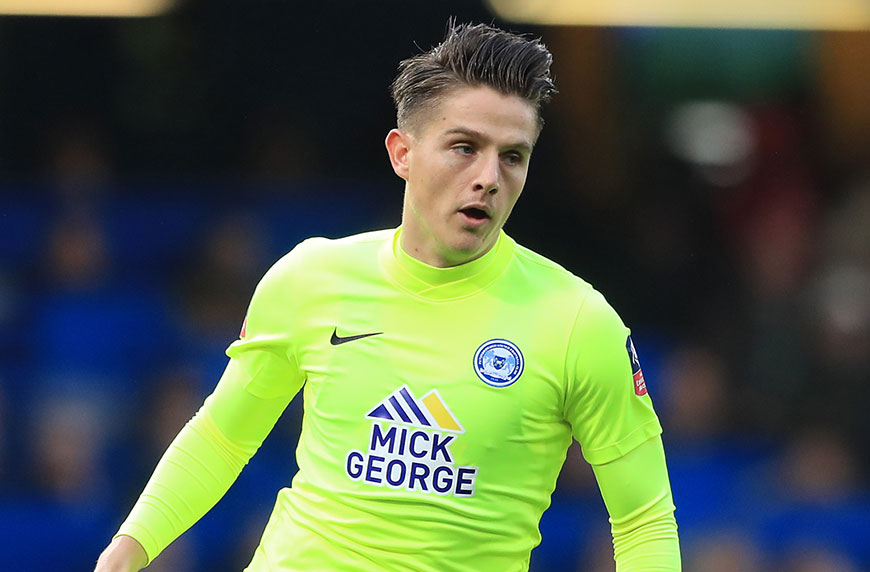 The 23-year-old joined Posh in February 2016 and penned a four-and-half year contract, quickly becoming a regular in the first-team set-up by scoring 14 goals in 57 appearances in all competitions.

“I’m delighted to be here and sign for the club,” Nichols told the club website. “I knew about the interest a few weeks ago and just wanted to get the deal signed and over the line as soon as possible.

“I know what the club is about and as soon as I heard that Rovers were interested, I knew it was a club that I would love to join.”

Nichols was an apprentice at Exeter City and made his senior debut as a 17-year-old during a 2-1 win at Sheffield Wednesday in May 2011.

He notched his first professional goal against Chesterfield the following August before being sent on loan moves to Hereford United, Bath City and two separate stints at Dorchester Town.

Nichols established a regular slot in the senior side during the 2013/14 and cemented his place in the starting line-up the season after as he racked up 113 outings in total, netting 34 times until he made the switch to London Road Stadium.

Rovers manager Darrell Clarke said: “I’m delighted to be signing a player, who in my opinion is a top-class striker.

“We have been working hard throughout the summer to sign someone to replace Matty Taylor and I look forward to working with Tom and I know that he will boost our strike force next season.”