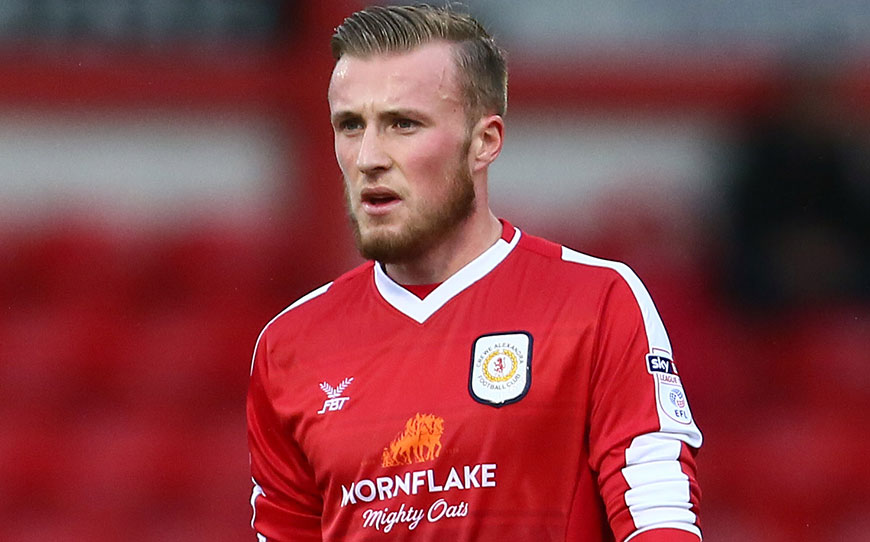 Peterborough United have swooped for Crewe Alexandra midfielder George Cooper for an undisclosed fee on a three-and-a-half year deal.

The 21-year-old was named in LFE’s ‘The 11’ back in December 2014 having already appeared for the first-team on numerous occasions after making his debut against Rochdale three months earlier.

Cooper amassed 25 appearances in total during the second year of his apprenticeship and collected the LFE Apprentice of the Year for League One award at the EFL Awards in 2015.

The academy graduate has established himself as one of Crewe’s most important players over the past couple of seasons. He was an ever-present last year, playing all 46 games in Sky Bet League Two and has been hugely influential so far in their fight for survival with 10 league assists, placing him second in the EFL behind new Posh team-mate Marcus Maddison.

Cooper leaves Gresty Road with a record of 15 goals in 142 matches in all competitions.

Peterborough manager Grant McCann told the club website: “It is a really good signing for this football club. He can play in a number of different positions. An attacking midfield player is something that we have been looking for and I am delighted to get him.

“He has set a lot of goals up for team-mates at Crewe over the last few years and gives us more competition for places in that area of the pitch. He has had a good grounding at Crewe, can play with both feet, can score goals and is a really good addition for us.”