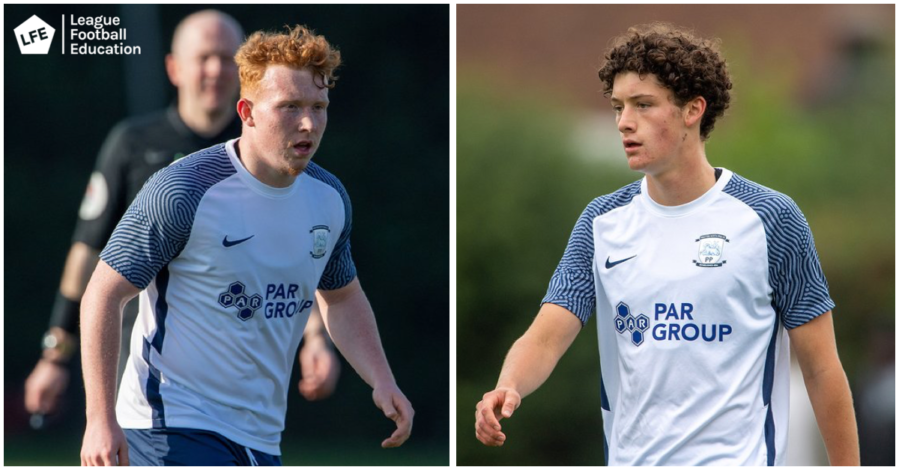 Preston North End have exercised the options to extend the deals of Aaron Bennett and Mikey O’Neill for a further year, with both also being offered their first professional contracts.

The second-year apprentices are currently part of the Under-18s who were recently crowned league champions after an 8-1 victory over Port Vale, in which Bennett grabbed a hat-trick.

Since making his return in February from an ACL injury which kept him sidelined for ten months, Bennett has featured regularly for the Under-18s and has also played for the reserves in the Central League, impressing the first-team staff with his mature performances.

Meanwhile, O’Neill made his first-team debut earlier this month, coming on as a late substitute in the Championship victory over Queens Park Rangers at Deepdale. The 17-year-old then captained the U18s to their win against Port Vale, before the club took the option to extend his contract and offer professional terms.

Commenting on the decision to offer contracts to the pair, North End boss Ryan Lowe said: “For Mikey, the minute I came in and saw him, he was scoring goals for the youth team, so we were quick to get him up to the first team and he’s shown that he can handle it.

“I’m really pleased that we’ve taken the extension and I’ve said to him today that’s the easy part, now the hard part is getting around the squad, getting in the team and making more appearances.

“I’m really looking forward to working with him, especially in pre-season, because I think he’s got a really good chance of making a career for himself and hopefully it’s at Preston North End.

“With Aaron, we felt we had a duty of care to him because he’d been out injured for ten months, but I’ve heard the reviews from Nick Harrison, the Academy staff and Paul Gallagher.

“He’s been scoring goals as an attacking eight, and we felt it was only right that we gave him the extra year to take a good look at him in pre-season.

“Training with the first team is obviously a lot harder than it is with the Academy, so it’s a challenge for him now to get super fit, come back in pre-season firing on all cylinders and again he’s another youngster coming through the ranks who we want to give chances to.”