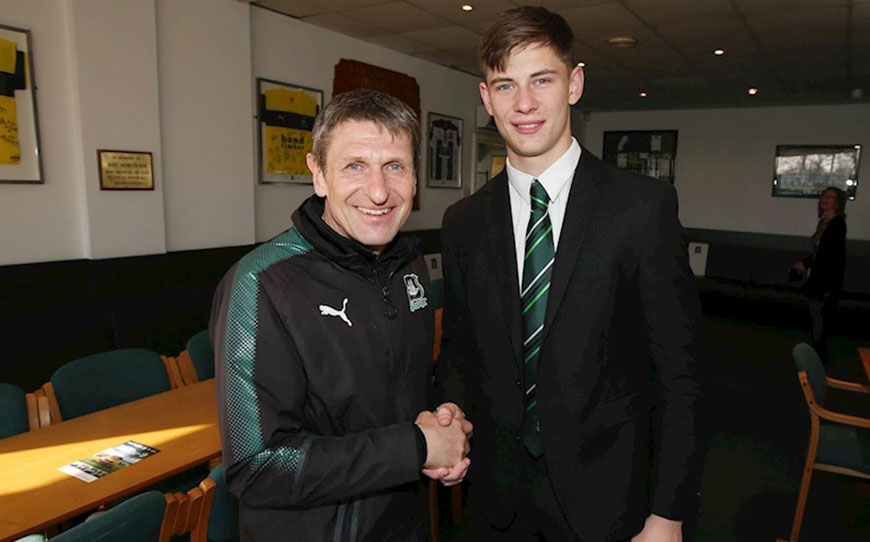 The 18-year-old was the beneficiary of a keeper crisis for the Sky Bet League One club earlier in the season, finding himself on the first-team bench on numerous occasions as well as making his senior debut as a half-time substitute at Blackburn Rovers, keeping a clean sheet to earn a point for his side.

Cooper was a key figure in Argyle’s run to the fifth round of the FA Youth Cup, keeping Manchester City at bay for 120 minutes and saving a penalty in the shootout in a man-of-the-match performance, while also shutting out Burnley at Turf Moor in the following round.

“I am just really happy,” he told the club website. “All that hard work with the Academy over the past two years has paid off, but I have got to keep going now.

“I’m 18, which is still young for a ’keeper, but I want to be pushing to play first-team football as soon as I can.

“I’ve learned a lot from Luke (McCormick) over the past two years, and a lot from Rhys (Wilmot) because he has been my goalkeeping coach since I was nine. It’s going to be good to continue working with those two.

“When you start playing football, when you are six, seven, eight, you think ‘I want to be a professional footballer’ but now that the day’s actually come, it feels even better.”