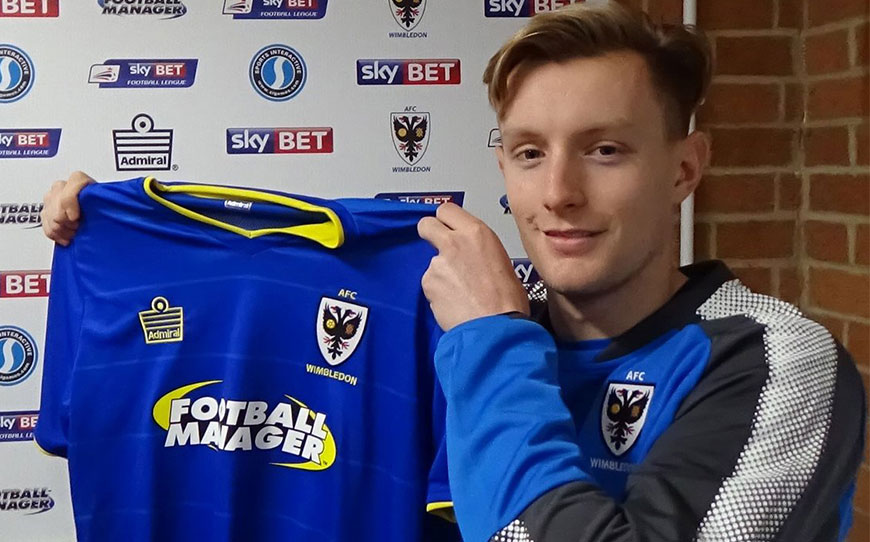 Former Charlton Athletic apprentice Joe Pigott has made a return to the EFL after League One club AFC Wimbledon captured his services from Maidstone United for an undisclosed fee.

The 24-year-old dropped out of England’s top four tiers this time last year having left Cambridge United, but has responded with 17 goals in 47 games in the National League.

Pigott was prolific at youth level with the Addicks and announced himself in the senior set-up with a debut goal in a 4-0 Capital One Cup win against Oxford United in August 2013.

Having made 10 first-team appearances over the following few months, Pigott was sent out on loan spells to Bromley, Gillingham, Newport County, Luton Town and most notably Southend United, where he scored a 120th minute equaliser in the League Two play-off final against Wycombe Wanderers before scoring a penalty shootout as the Shrimpers gained promotion.

In July 2016, Pigott ended his stay at The Valley with 16 outings in all competitions to his name and although a permanent switch to Cambridge United did not prove so fruitful, his successful spell in the National League has provided another chance in the EFL.

“We’ve looked at Joe at various times before he has gone on loan,” Wimbledon boss Neal Ardley told the club website. “Initially, we looked at him and Michael Smith when they were at Charlton. Michael was one they were willing to let go on loan, but Joe was slightly up the pecking order back.

“He was a really promising player for them back then. He has scored goals all the way through his youth career and moving onto his first-team career.

“I’ve gone to watch Joe twice in the last 10 days and he has certainly got the quality for this level. Alan Reeves has also watched him as well and we’ve watched a lot of footage on top of that. He seems to have developed his all-round game massively from box-to-box.

“Inside the box has never been an issue; he looks to score goals and get in there. Our job now is to get him into our culture and work ethic, including what we expect from our forwards, and we will do that as much as we can.

“He is 6 ft 2 inches tall, he has got a lot better in the air than he used to be, and his hold-up play is improving all of the time, but he is a box player. He wants to get on the end of things and score goals, which his record shows.

“Very rarely are strikers at the peak of their powers between the age of 18 and 24. It takes that long sometimes to develop your game, so hopefully we are getting Joe in the peak of his career.”