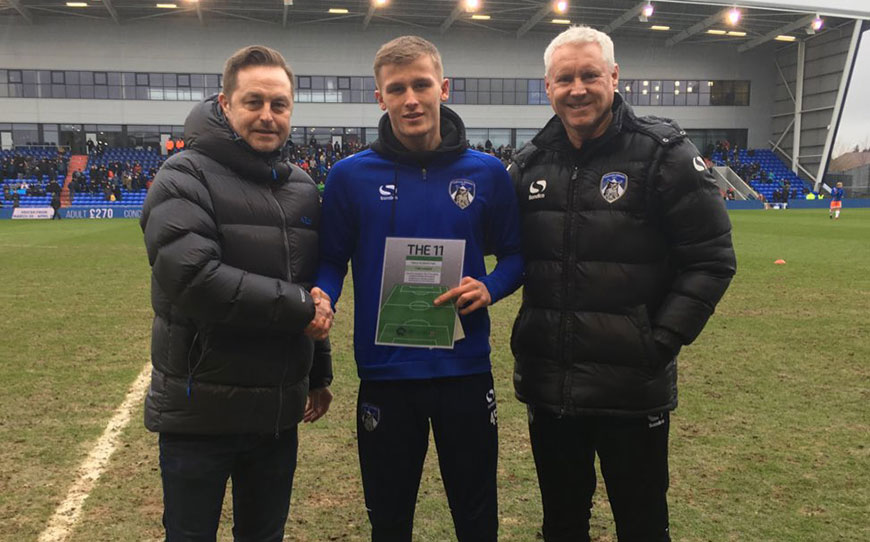 Oldham Athletic second-year apprentice Tom Hamer has received a glowing endorsement from academy manager Tony Philliskirk having been included in LFE’s ‘The 11’ in February.

‘The 11’ acknowledges the football and academic progress of Under-18 players on apprenticeships at current or former English Football League (EFL) clubs – and is also designed to assess other factors, including involvement in community or charity based initiatives.

Hamer was selected by his LFE Regional Officer, Craig Skinner, for his continued efforts in achieving Distinctions across the board on his Extended Diploma, while also breaking into the Latics first-team.

“Tom’s had a really good year,” Philliskirk told LFE. “He’s really kicked on. He’s trained a lot with the first-team and he’s made a few first-team appearances as well and never let them down.

“His development has been great, especially when you consider he didn’t really come through the academy system. We brought him in from grassroots football, so the tactical and technical knowledge he had when he came in was quite limited, but one thing he has got is massive heart and he’s one of the best young players I’ve seen in the air for a long time.”

The 18-year-old defender has earned three senior outings to date, including a man-of-the-match display on debut in a Checkatrade Trophy victory against Leicester City Under-21s in January.

And after another impressive showing on his Sky Bet League One debut at Oxford United last weekend, Philliskirk believes Hamer has all the qualities to succeed at the professional level.

He said: “Tom attacks the ball, he’s excellent in the air and he’s improving on the ball and I think athletically he’s very good so he’s got all the raw attributes to go on and forge a career for himself.

“He’s got masses to learn, especially on the tactical side of the game, which we talk to him about a lot, but his desire, his toughness and his willingness to learn shines through in the group and that’s why he’s with the first-team.”

Hamer is part of a distinguished list of players to receive the accolade, with five of the nine nominees for the upcoming LFE Apprentice of the Year awards among the names previously recognised in ‘The 11’ – Ryan Sessegnon (Fulham), Alex Hunt (Sheffield Wednesday), Lewis Freestone (Peterborough United), George Lloyd (Cheltenham Town) and Ben Wilmot (Stevenage).

The list of apprentices to be named in February’s edition of ‘The 11’ were as follows;