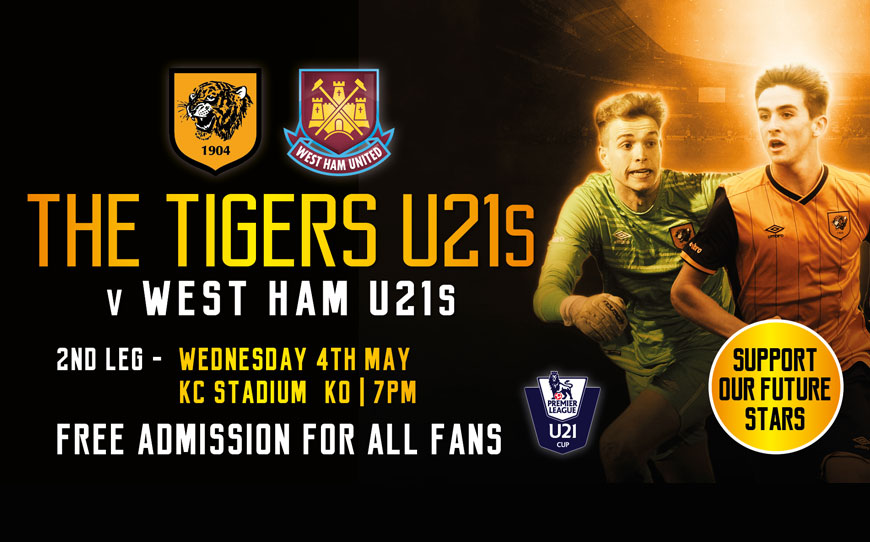 Tony Pennock is backing his Hull City Under-21 side to cap memorable season by overturning a one goal deficit when they face West Ham in the second leg of The Premier League Cup Final at The KC Stadium this evening (7pm).

Pennock is hoping that his team which contains former apprentices, Max Clark, Rory Watson and Ben Clappison and is supplemented by current first year apprentices Josh Tymon, Robbie McKenzie, Tyler Hamilton and Jonny Saltmer, can make home advantage count after a narrow 1-0 defeat in the first leg at the Boleyn Ground last week.

“We know what our lads are capable of,” said Pennock.

“There was that unknown factor about how the lads would deal with playing in front of a big crowd but they adapted to it and, as I expected, they rose to the challenge.

“They’ve done that all season, both in the cup and the league. Playing against teams they’ve not come up against before, it’s given them an incentive to prove themselves.

“Every one of them is a good footballer and you could see in the first game that their self-belief grew.

“It’s going to be a very tough game for them but it’s the last one of the season and they’ve got nothing to lose.

“If we could lift the cup it would be a fantastic achievement for everyone at the Academy.”

Djair Parfitt-Williams’ 90th minute winner last week has left the Tigers facing an uphill task but Pennock is confident his players can hit back as long as they remain patient.

“The big thing is making sure we don’t concede the first goal. We have to stay in the game. So long as we’re 1-0 down (on aggregate) we know we’ll get our chances.”

With admission to tonight’s game being free of charge for all fans, Pennock has urged Hull fans to turn up and be his young side’s 12th man against the Hammers.

“The lads deserve the recognition from supporters to come along and give them their backing,” he continued.

“It’s free of charge and there’s the chance to come and support local lads. There was eight local players in last week’s game, which is something to be proud of.”