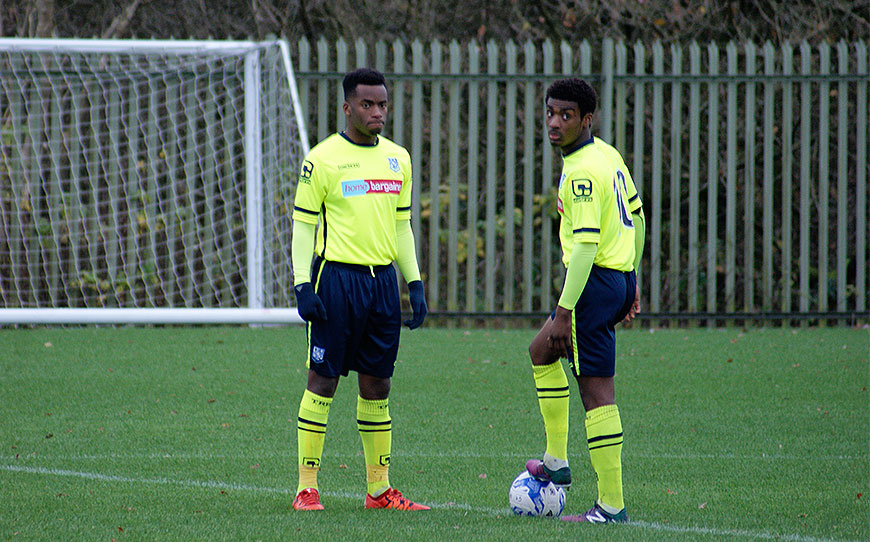 Tranmere Rovers Under-18s coach Andy Parkinson has demanded a positive response from his team as they seek to end a four-game losing streak against Fleetwood this Saturday.

Rovers have endured defeats to each of the top three sides Walsall, Bury and Wigan in recent weeks as they’ve fallen from top spot to fourth in the North West Youth Alliance.

“We’ve played the top teams but if you want to be one of the top teams then you have to beat the rest and that’s the challenge for the players,” Parkinson told LFE.

“As with any group, we want them to finish as high as they possibly can. We want to give them an environment that breeds success, so that if the manager wants to look in the youth team for players, he’s looking in a team that’s near the top of the table and is consistently performing well on a Saturday.

“What we need to do is get back to where we were, which was regularly winning games and so if the manager looks into the youth team for players to filter into his first team, he’s got players who are full of confidence and are used to winning every week.”

Tranmere have suffered with a catalogue of injuries of late, but Parkinson is not prepared to play the blame game.

“The last two weeks we’ve only had 11 fit scholars. But that’s the challenge that these players get,” he continued.

“You can’t use excuses in football. Weak people use excuses and I’ve said that to the players. We can’t be mentally weak because you’ll get nowhere in the game of football.

“It’s difficult and it’s hard and you don’t have a prolonged career in the game if you’re not ready to meet the challenges.”

“We expect another difficult game, which has been the case in the past month,” Parkinson added. “We’ve played all the top teams and it’s no different next week.

“We play Fleetwood, who are one of the top teams and it’s another difficult challenge away from home, which will be interesting to see how the players deal with because when you’re on a poor run the challenge is increased to see if you can end that run and move forward.

“Results are important, but the primary objective for us is to get the individuals developing, so we’ll be working on that and getting the right balance between preparing the team for the game and developing the individuals.”