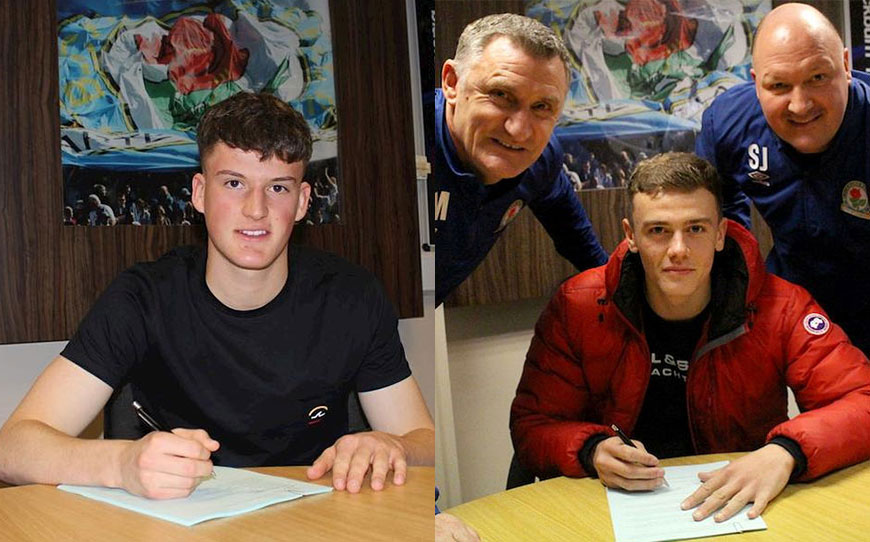 The pair have joined a growing list of Rovers apprentices to turn pro at the club, with Dan Butterworth, Ben Paton, Hayden Carter and John Buckley all signing on the dotted line already this season.

Thompson was featured in LFE’s ‘The 11’ last June as a result of his exceptional academic standard on the Extended Diploma, in addition to his progression into the Under-23s as a first-year apprentice.

The highly-rated defender, who has signed a one-year deal, told the club website: “I’m over the moon to sign my first contract and couldn’t think of a better club to do it at than this one.

“This is a dream come true for me; when I first joined 18 months ago, the aim was always to be a professional footballer and now I’m looking forward to the next step.

“For any young footballer, the goal has to be to eventually get into the first team, there’s no point in playing otherwise. I think and hope that I’m good enough to do it. I have the right mentality and will work hard.”

Meanwhile, Vale has committed his future to Rovers until the summer of 2020 after starring in the club’s run to the last eight of the FA Youth Cup, bagging a hat-trick in a 5-1 victory over Nottingham Forest in the fifth round.

The 17-year-old has already appeared for the Under-23 team and joined up with the Wales Under-19 squad last month for two friendlies against Croatia.

“There have been some hard times for me but I’ve pushed through them. There will be more times like that but I’ll keep going, keep progressing every day and trying to be the best player I can be.