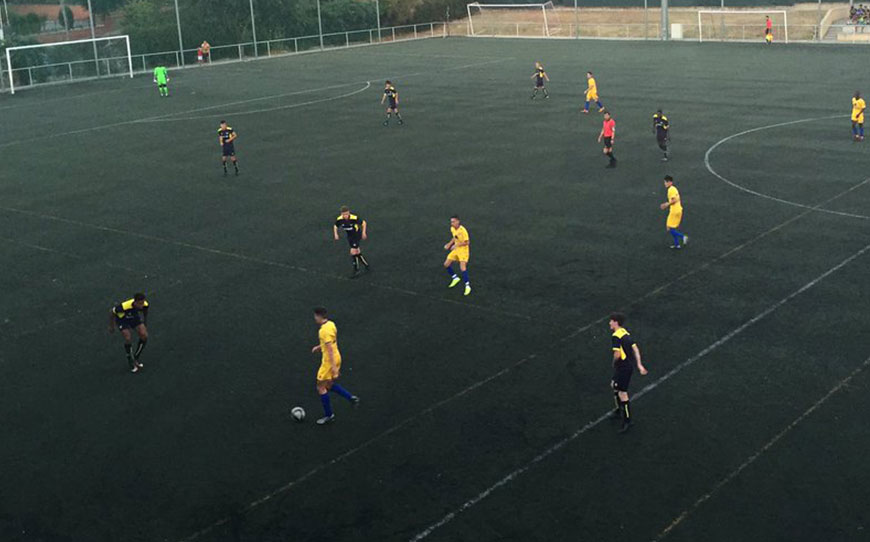 Oxford United Under-18s were held to a goalless draw to end their trip of Spain after an evenly contested game against AD Alcorcón.

Both sides created chances and a draw was a fair result, meaning the U’s return to England with two wins and a draw from their four matches.

Coach Leon Blackmore-Such told LFE: “The game itself for us was a great way to cap off the tour and really highlighted how much the boys have come together.

“If they can show that desire and togetherness throughout our campaign back home, it should set us up to do well.

“Both on and off the pitch the boys have represented the club and themselves very well, which is something we are immensely proud of.”

Alcorcón had a larger share of possession in the first half and carved out a chance each for their two strikers, but both were denied smartly by Oxford keeper Manny Agboola.

The best chance of the half fell to the visitors, however, when Jordan Graham put Malachi Napa clear on goal after a fine passing move, but Napa was thwarted by the advancing keeper.

Midfielder Shandon Baptiste was particularly impressive for the tourists and came closest to breaking the deadlock after the restart, but was unable to find the target with his effort.

And after Agboola was again called upon to prevent the hosts from snatching victory, neither side were able to muster enough clearcut openings against two stubborn backlines.

Captain Canice Carroll added: “We defended really well and didn’t concede against a team that had a lot of the ball for the majority of the game, which is a positive to take back home with us.

“We’re taking many positives from this tour, which hopefully we can build on and carry on the work ethic throughout our season and I’m sure we’ll have a successful one.”